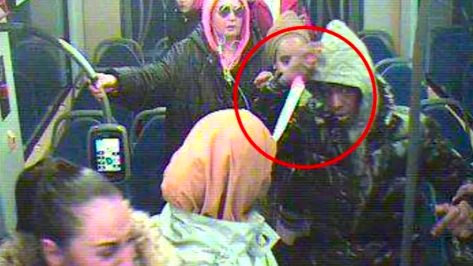 Culture-enrichers in Sweden have been targeting cops for many years, but on Wednesday they finally managed to kill one. Which goes to show, I suppose, that they’re not very good shots.

Since the material shown below was translated, a young “Swede” named Sakariye Ali Ahmed has been arrested and charged with the murder of a policeman named Carl Andreas Danman in the Gothenburg neighborhood of Biskopsgården. As far as I can make out from the Nya Riks article, Master Ahmed is seventeen years old. I don’t know what the rules are in Sweden, but in the USA his name would not have been publicly released until prosecutors had decided to charge him as an adult.

The photo at the top of this post (also posted by Nya Riks) is unusual: not only is the face of the alleged perp not pinkwashed, it’s not even pixelated out. I gather that the youngster is a Somali — big surprise.

Here’s a brief video from Swedish TV. The anchor seems to think the images in it are disturbing, but I don’t see why. Many thanks to Gary Fouse for the translation, and to Vlad Tepes for the subtitling:

The following text (also translated by Gary Fouse) accompanied the video at Expressen:

An unknown perpetrator opened fire against police and a witness heard several bangs.

A policeman, who was just over 30 years old and relatively new on the job, was on assignment with a colleague on a moped in the vulnerable area of Biskopsgården in Gothenburg late last night.

At 10:34pm during Wednesday [June 30, 2021] evening, a policeman was shot in the immigrant-dense neighborhood of Biskopsgården in Gothenburg. The policeman was taken to the hospital with serious gunshot wounds, but medical personnel were not able to save the man’s life.

According to the tax-funded SVT [Swedish State Television], a police patrol was talking to some people by Höstvädersgatan in Biskopsgården when some person(s) suddenly started shooting at them and seriously wounded a policeman in his 30s, at which time his colleagues called an ambulance and gave the wounded policeman first aid.

Just over four hours after the shooting, police announced that the man had died from his gunshot wounds.

“This is a tragic event. This affects us all; this is a colleague who has died on duty. We have made a national decision to have a minute of silence at 12 o’clock and have the flags at half staff all over the nation,” said Klas Johansson, Western Regional Chief, during a press conference.

Police have taken in several people for questioning during the night, but as yet have not arrested any suspected perpetrator for the act.

It is noteworthy that the incident played out in Biskopsgården, which is hard hit by mass immigration and criminality, and Greater Gothenburg area Police Chief Erik Nord admitted that this is an area where police are usually especially careful due to all the gangs and conflicts that “smolder” there.

“This is one of the areas where we have special supervision,” he said.

The deceased policeman was reportedly just over 30 years of age and had not worked very long as a policeman. It was also confirmed that the police patrol was in uniform at the incident, but that they were not at the scene to investigate any particular crime; rather it was part of “ongoing patrol work.”

“We are strongly determined to clear up this crime,” states Klas Johansson.

It is noteworthy that police as yet have not chosen to release a description of the shooter, although they have information on that. They would rather not say if there is a connection between the murder of the policeman and gang criminality.

“We won’t do that right now. We state that this happened in an environment where there are shootings between local criminal networks. It is a clue in the preliminary investigation that is being conducted,” said Erik Nord.

16 thoughts on “A Cop-Killer in Biskopsgården”