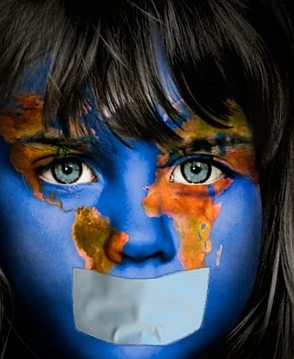 Matt Bracken published an essay yesterday at the American Partisan about free speech, Gab.ai, and FreeZoxee. Some excerpts are below:

Facebook, Twitter and many other social media platforms cost nothing to use, so how do these corporations turn a profit? It’s no secret that they automatically data-mine and analyze all the information posted by their users, then package and sell this information to other corporations to help target their advertising.

But the same automated processes that are exploited by advertisers are also used by these platforms to tilt the ideological playing field in favor of their own leftist so-called social justice agenda. As an example, I have been suspended from Facebook for six out of the past twelve months for posting memes that others report posting with no consequences, indicating that more stringent rules apply to designated certain “bad comrades” than to average users. Hidden algorithms are used to throttle, shadow-ban, and remove followers from targeted users in order to decrease their impact on leftist-controlled social media platforms.

In Britain and Germany, users of social media who complain too vocally about the ill effects of uncontrolled immigration and other counter-PC topics are even arrested and charged with hate crimes, but the primary purpose of these draconian policies is to cause the rest of the population to self-censor their true opinions in order to avoid similar consequences.

Conservatives dissatisfied with this state of affairs have been searching for social media alternatives where their social and political views would not be punished, and many small niche websites have sprung up in an attempt to fill the void. Gab’s founder, Andrew Torba, preaches the gospel of untrammeled free speech, and it’s a seductive message to be sure—but not one without serious hazards. For example, Gab quickly became a haven for perverts who like to share sexualized photos of children that are just a hair below the legal definition of child pornography. And far more notoriously, Gab became a safe haven for radical neo-Nazi fanatics.

Any visitor to Gab would immediately notice the prevalence of these Nazi trolls, who turn every discussion into a screed about the evils of all Jews throughout history. I was a member of Gab for most of the two years of its existence to date, and I personally muted dozens of these Jew-obsessed Nazis. However, the mute function did not remove these sick genocidal freaks from Gab; they only hid them from general view. Unseen, nearly a thousand Gab members joined the recognized sub-group known as the #GABstapo, where their genocidal fantasies and aspirations were freely shared in comments, memes, and videos.

Gab’s founder says that “The solution to bad speech is good speech,” but this cliché carried little weight when these genocidal Nazi freaks were hiding and communicating only among themselves in their private dank cellar, after being muted by normal Gab users. The #GABstapo became a neo-Nazi clubhouse where the members poured gasoline on their genocidal fantasies, and openly wondered when they would move from words to actions. Finally, #GABstapo member Robert Bowers commented to his pals, “screw your optics, I’m going in.” (This online incitement dynamic harkens back to Dylan Roof’s radicalization on the neo-Nazi website Stormfront, where Roof was goaded into carrying out the Charleston church massacre.)

In recent days Torba has made several public videos where he decries the Pittsburgh massacre, while ducking any responsibility for personally building the neo-Nazi playhouse where Robert Bowers was incited and inflamed to commit his horrible crimes. On these videos, Torba actually seems more upset at the damage done to his website than by the Pittsburgh massacre. Torba has also stated optimistically that the post-massacre notoriety will cause Gab to grow to one hundred times its former size, which he has claimed was 800,000 users before its week-long shutdown following the synagogue massacre.

I cannot determine if Torba is a sincere or mistaken believer in absolute free speech on his private website even for crazed neo-Nazis like Robert Bowers, or if he is merely a cynical “Elmer Gantry” preaching the easily-sold gospel of absolute free speech, even after the catastrophic social consequences seen in Pittsburgh

For the past two years I was a member of Gab, increasing my participation in 2018 as the throttling and shadow-banning of conservatives became worse on Facebook and Twitter. When on Gab I muted the army of Jew-hating neo-Nazis until they disappeared from my view, but I knew that their continued presence would prevent Gab from ever reaching its full potential. For example, nobody with the stature and popularity on Twitter of James Woods would ever join Gab, where he would immediately be set upon by platoons of rabid neo-Nazis as a Jew-loving Zionist agent. But despite its manifest shortcomings, lacking any viable alternative, I continued to occasionally post on Gab, as well as on Twitter and Facebook.

Then in September I was contacted by one of my online friends who shared my frustration with liberal social media, and held similar reservations about Gab, given its prevalence of frankly insane genocidal Nazi freaks. On his own, he had been designing the architecture for a new group of interconnected social media and content platforms, waiting for it to be ready to take online. This happened around mid-October. Zoxee’s political philosophy matched my own, and since he opened Freezoxee.com, I have been helping him to promote it to a wider audience.

We both see the need for new social media platforms without the liberal bias and shadow-banning of Facebook and Twitter, but also without the sick and evil totalitarian trolls who had infested Gab from its inception and up until today. Freezoxee has a policy of not permitting the proponents of deadly ideologies such as Communism, Islamism, or Nazism to participate. Any legitimate opinion on any topic may be presented, but we do not permit jack-booted neo-Nazis to goose-step aboard the website beneath the swastika flag with screen names like Hitler’s Ghost, while calling for the total annihilation of all Jews.

Freezoxee.com went online a few weeks before the Pittsburgh Massacre, and the week-long closing of Gab. Since then, we have been literally attacked (trolled, smeared, DDOSed and more) by those who claim that free speech is meaningless unless every possible opinion is given free participation, even those ideologies which preach slaughter and genocide. The gospel of untrammeled free speech is indeed seductive in its simplicity, at least to child-like first-level thinkers, but this topic demands greater exploration.

Absolute freedom of speech is a loophole exploited throughout history by the enemies of freedom to achieve power. Now, Gab has returned to the public arena, and little seems to have changed, as most of the protagonists of the #GABstapo hate-sphere are still happily spewing their genocidal fantasies in slightly more guarded fashion, probably because of tightened FBI scrutiny. As an example among many others, some are now posting “gas the bikes” and “race car now” instead of their formerly undisguised messages.

Indeed, could it be that Gab, which was launched in August of 2016, has been a subtle discrediting operation run by the deep state (or other actors) to associate traditional conservatives with anti-American neo-Nazis, making them an easy target for the Left? In addition, it is publicly known that Gab’s recently departed co-founder and CTO is a left-leaning Turkish Muslim never-Trumper, according to his own words.

We have been clear on this matter from the start. Totalitarians of any kind are not welcome to spread the seeds of their poison, nor disrupt civil discourse with their cold-blooded insults and threats on our site. Communists, Islamists and Nazis have proven to be the enemies of freedom, and Freezoxee will never become a safe haven for them.

Read the rest at the American Partisan.

For more on FreeZoxee, see “Punching Left and Punching Right”.