Our long-time reader and commenter Mark Spahn exchanged a series of entertaining and informative emails with Ibrahim “Honest Ibe” Hooper, the Communications Director for the Council on American-Islamic Relations (CAIR). The full exchange is reproduced below, followed by an afterword from Mr. Spahn. 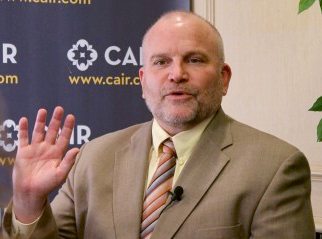 says that the Council on American-Islamic Relations (CAIR) is “the nation’s largest Muslim civil rights and advocacy organization”. I have seen this assertion for years, so finally I tried looking for the evidence. Unfortunately, with my poor search skills, I was unable to find corroboration on your website cair.com. So please let me ask

[Mr. Hooper:] What is your evidence that it is NOT?

Thank you for your 8-word reply (“What is your evidence that it [CAIR] is NOT [the nation’s largest Muslim civil rights and advocacy organization]?”).

Please excuse me for finding this response childish. It answers none of the three questions I asked. I have made no assertion about the size of CAIR, but you have, and have done so for years. Surely you and your members welcome the opportunity to demonstrate your prominence in your field.

Awaiting your reply, I remain

[Mr. Hooper:] You [sic] question is based on the premise that our statement is false. It up to you to provide evidence of its falsity.

Huh? My question about CAIR being the nation’s largest Muslim civil rights and advocacy organization is based on the premise that you say it is, not on the premise that your statement is false. You make this assertion with your every press release, so surely you are prepared to answer reporters’ skeptical questions about how you came to your conclusion about CAIR’s size. Perhaps you will find it easier to answer the two other questions first: What organization is CAIR’s biggest rival, and by what criterion do you determine the size of an organization?

Please be serious. (And pardon the suspicion that you are kafir infiltrator who is subtlety making a mockery of CAIR’s apologetics. You are better than that.) 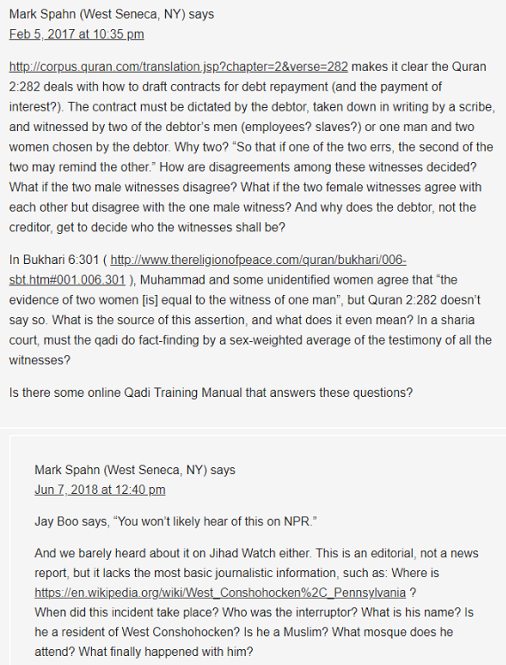 Your two-word comment “Jihad Watch?” looks like a question, but it’s hard to interpret a question that contains no verb. Are you asking what Jihad Watch is? It’s a website where jihad fans discuss things. I think you would enjoy it, and I think with your connection to CAIR you would be an educational resource for this website, being able to clear up any misunderstands about CAIR (e.g., how big it is) or about Islam in general. This website is run by one Robert Spencer (I think of him as Imam Robert), whom I am sending a copy of this note to. Maybe he will encourage you to be an active participant. And perhaps he will even invite you to write an article about the size of CAIR. This will be right down your alley of fostering American-Islamic relations. (Why didn’t we think of this before? It’s all about bringing people together.)

I don’t want to call you a Hindu or anything, but your answer (a scriptural quotation) sounds cryptically guru-like, requiring a great deal of interpretation. I will heed your parting advice, to show forgiveness and speak for justice, but referring to yourself as “ignorant” is far too modest. Please don’t think of yourself in this way. I forgive your failure to answer seemingly simple, straightforward questions about CAIR, which I interpret as your way to cover your embarrassment about your ignorance. But please don’t feel depressed about this; the sun will come up tomorrow.

A few afterthoughts on my dialogue yesterday with Ibrahim Hooper, whom the CAIR website lists as “the National Communications Director for the Council on American-Islamic Relations (CAIR)”.

For the communications director of a national organization, Mr. Hooper (who holds “a master’s of art [sic] in journalism and mass communication”) is not a very good communicator. He is unable to answer simple, objective questions about his own organization. Could this incompetence be deliberate, what you would expect from an infidel Deep State within the CAIR organization? That doesn’t seem likely. Probably this is just an illustration of the Peter Principle, according to which “an employee is promoted based on their success in previous jobs until they reach a level at which they are no longer competent”.

His bio says, “As CAIR’s spokesman he appears frequently on national and international television programs to offer an Islamic perspective on current events or debate controversial issues.” Aha, so maybe his talents are not as a communicator but as a debater. I have not watched any of these debates on national and international television programs, but henceforth I’ll be on the lookout for them.

Actually, his seeming incompetence makes me feel sorry for him. Let’s get out our prayer mats and say a prayer for him: that if he is a Deep State saboteur within CAIR, his infidelity will not be discovered, and that if he is really as unskillful at his job as he seems, Allah (swt)* will grant him the talent to become a better communicator.

7 thoughts on “Sympathy For Honest Ibe”