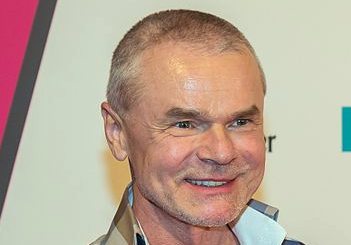 The following article concerns a warning about Muslims from Jürgen Domian, a prominent gay German entertainment personality. According to Nash Montana, who translated the article, Mr. Domian is “the polar opposite of the American Dr. Laura, totally liberal, gay, had his own TV advice show for years, and now he is warning gays that they need to be careful about Muslims.”

The translated article from Der Westen:

Former TV-Show/Radio Moderator Domain Warns Homosexuals About Muslims: The Risk is Simply Too High of “Getting Punched in the Face”

Cologne. Jürgen Domian (60) has bemoaned the fact that it is not possible in Germany to have an opinion that is critical of Muslims without getting “shoved into the rightwing corner”.

For the former radio moderator, the belt attack against two kippa-wearing men last April in Berlin was no coincidence. As he wrote in his column for the Kölner Stadtanzeiger, “Not my country, not my home anymore”, attacks motivated by anti-Semitism are the result of decades of ignorance, especially in “intellectual and lefty liberal circles”.

Domian says that every day he expects similar extreme acts of violence not just against people of the Jewish faith, but against homosexuals as well.

In the ‘90s, he says, it was totally safe for homosexual men to walk hand in hand on public streets. “But today they should not dare to do that,” the 60-year-old warns. The risk is simply too high of being immediately attacked by men of Muslim background, and “getting punched in the face,” Domian says.

Domian has an explanation for the success of the AfD

In his column, the former moderator bemoans the fact that it is basically not possible to have a critical argument/dispute about anti-Semitism and hostility against homosexuals through and by Muslims without being immediately branded a Nazi.

And that is what Domian credits for the success of the AfD. He says he cannot understand that the “right-wing populists” have a monopoly on this topic, since abiding and complying with basic law should be something that every citizen should ask for.

In his time as moderator of a very successful radio/TV show for years, he again and again had desperate Muslims calling into his show who were in conflict with the traditional values of their families and the Western life style. Often the topics in these conversations were forced marriage and homosexuality.

“Then Germany is not my country, not my home anymore”

Admittedly, he thinks Islam belongs to Germany. But when violence against people on the basis of their religion or their sexual orientation is accepted as a consequence of Islam in Germany, “then this Germany is not my country, not my home anymore”.

That is why the 60-year-old demands that Minister Horst Seehofer ensures that Germans will not lose their home country.

This is huge in my opinion. Domian is someone that matters to people in the age range of 30 to 60.

I used to listen to Domian for years. His radio show was spectacular, it was exciting, different, and it was a guilty pleasure. It was ground-breaking in how people in the modern age dealt with their personal problems, because the radio show was broadcast on the German TV channel WDR. Mainly ground-breaking because it was basically the first social media before there was social media and the Internet.

We used to organize Domian parties on Friday or Saturday evenings, where a bunch of friends would get together and sit in the living room and listen to/watch the show. The depravity of some of the people was so outrageous it made it totally worth it missing a Saturday night at the Disco.

The topics ranged from homosexuality to cannibalism to scat, suicide, and prostitution. And every now and then, yes, the occasional Muslim would call in with his own set of problems. The show was great, because people could talk about anything without either being judged or egged on to divulge more. Domian always had a way of letting people talk and maintaining an even disposition.

Often he was way too liberal for me, and at times way too graphic, but every now and then, I was pleasantly surprised. He always maintained a professional attitude, which really helped people getting over their issues, or dealing with them, and it helped the listeners to also maintain a certain sense of balance, I guess.

I never considered Domian to be not a liberal. But I would say now, looking at his latest stuff that he writes and says, I would say that he is actually a libertarian, and looking back at my memories of his show, he was even back then a libertarian. We are talking 25 years ago, Germany, public radio, public television.

Here’s a video example of five of his most extreme topics. I’m only posting the link for people to listen, so they can judge the calm tone of the show, and get a bit of an idea of what the show was like. I’m not going to describe what the topics are about; it’s very graphic. The last call is from a Muslim calling in to rant and rave about disgusting homosexuality.