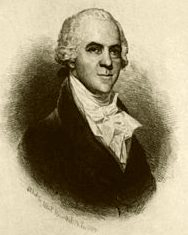 The second half of this post has been sitting in my drafts folder since the recent fundraiser began. I was finally moved to post it because of yesterday’s news about the FBI raid on President Trump’s lawyer’s office and home. It’s so bad even his lawyer has had to hire a lawyer to protect himself from the vengeful horde who refuse to accept the American voters’ choice.

How do they do manage these incursions? Simple: blue states’ U.S. attorneys and judges are part and parcel of The Swamp. The former can always find a sympathetic latter to sign off on a search warrant… if it’s in aid of destroying the Republicans.

And how does this particular victim, Trump & Assoc., begin making its way through the python? Simple: here’s a former federal prosecutor spilling the beans:

Special counsel Robert Mueller has reportedly advised Donald Trump’s lawyers that the president is a “subject” but not a “target” of Mueller’s investigation. This has resulted in a great deal of triumphal celebration among the president’s supporters. After all, they reason, if Mueller hasn’t by now dredged up enough evidence to designate Trump a “target,” then the president must be in the clear.

The manual provides that, before they testify in the grand jury, “targets” and “subjects” are to be given the exact same warnings against self-incrimination, save that a “target” should also be given “a supplemental warning that the witness’s conduct is being investigated for possible violation of federal criminal law.” These designations apply with equal force to interrogations outside the grand jury.

So, what effect do these carefully worded official policy distinctions between “targets” and “subjects” have on actual federal investigations in and out of the grand jury? Absolutely none. Here’s what really happens.

A prosecutor will always want to lure a “target” into giving a statement either to investigators or in the grand jury to pin down his version of events. This foreknowledge will help the prosecutor structure the government’s case to be presented at trial and counter any potential defense.

Moreover, if other evidence can contradict the target’s version, it can be presented at trial as a false exculpatory declaration by the defendant. This would be proof supporting the substantive crimes alleged, on the legal theory that an innocent person wouldn’t try to lie his way out of the charges and that the lies prove consciousness of guilt.

Also, depending on whether the statement was made in an interrogation or under oath before a grand jury, the “target” can be charged either with lying to investigators or with perjury or false swearing.

So, how does the prosecutor get the “target” to voluntarily submit to interrogation or testify before the grand jury? He tells defense counsel that the “target” is merely a “subject” of the investigation. Believe it or not, this frequently causes defense counsel and their clients to think they may have a chance of talking their way out of trouble.

But frequently, after the so-called “subject” has given his version of events, the prosecutor changes the witness’s designation from a mere “subject” to a “target.” This usually takes place about a nanosecond before the “target” is indicted.

Mueller’s reported designation of the president as a mere “subject” of the investigation is not only meaningless, it is a reprise of one of the oldest prosecutorial tricks in the book. He is setting a trap in the hope that the president and his legal team will think he is almost in the clear and, accordingly, should voluntarily submit to interrogation in order to clear up any misconceptions

This move is all the more alarming given that it appears to have been prompted by reports that the president’s lawyers are actually considering whether their client should voluntarily submit to an interrogation by Team Mueller.

So, based on my 20 years of conducting federal and state grand jury and street-level investigations and another 25 representing “subjects” and “targets,” permit me to offer this advice to the president’s legal team. Don’t be encouraged or misled by Mueller’s designation of your client as a mere “subject.” He’s simply baiting the trap and crossing his fingers that you and your client will be dumb enough to grab for the cheese.

Also, be aware that you are not involved in some kind of gentlemanly legal contest with reasonable, high-minded adversaries. These people are thugs with law degrees. If they can get a crack at your client in an interrogation, it won’t end well for him…

So wake up and quit playing footsie with Mueller and his feral band of Hillary Clinton sycophants. While you’re at it, you may also want to buy some brass knuckles.

Yes on the brass knuckles for the remaining Trumpsters in Washington. All the Obama shenanigans were always swept under the rug, particularly his racist, envious fecklessness. When the history of this period comes to be written, Obama will go down as our most divisive, destructive “Commander in Chief”.

Is all this really legal? I guess it depends on what the meaning of “is” is. Last week, Byron York explained how the Trump-Russia investigation fails to align with the rule of law and why we should care about what they’re doing. He also gives us the name for their major weapon (aside from weaponized bureaucracies).

[Recently] I took part in a debate on the question “Does the Russia investigation endanger the rule of law?” I said yes, and here is why:

First, a caveat: If “endanger the rule of law” means “destroys our legal order and threatens our democracy,” then no, I don’t think the Trump-Russia investigation does that. But if it means “involves our nation’s most powerful law enforcement and intelligence agencies in reckless political conduct that undermines our system of elections and the orderly transfer of power,” then yes, the Trump-Russia investigation does, in fact, endanger the rule of law.

Two incidents from 2016 and early 2017 point to the danger posed by overzealous Trump-Russia investigators.

The first is that the Justice Department used the Logan Act, which bars private Americans from conducting foreign policy, as a pretense to pursue an investigation against the Trump team.

The Logan Act was passed in 1799 and has never been used to successfully prosecute anybody. No one has even tried since the 19th Century. It is, by any practical measure, dead — look up the legal concept of “desuetude”.

And yet, in the summer of 2016, some prominent Democrats began accusing then-candidate Donald Trump of violating the Logan Act. They said he broke the law by sarcastically encouraging Russia to release Hillary Clinton’s famous deleted emails. Several called for hearings.

Then, after Trump’s victory, stunned and angry Democrats watched him prepare for the presidency — and prepare to undo many of former President Barack Obama’s policies.

Democratic Rep. Jared Huffman of California introduced the One President at a Time Act of 2016 which would specifically subject presidents-elect to the Logan Act. Rep. John Conyers of Michigan, then the top Democrat on the House Judiciary Committee, asked the Justice Department to investigate Trump for a possible violation of the Logan Act.

All of that was just political posturing — not a threat to the rule of law. But unbeknownst to the public, the Obama Justice Department was using the Logan Act as a pretext to take action against the incoming administration.

When intelligence intercepts picked up Michael Flynn, the new national security adviser, talking to the Russian ambassador in late December, the Obama Justice Department saw that as a possible violation of the Logan Act. (It wasn’t; many foreign policy experts saw nothing wrong with that.)

Nevertheless, four days into the Trump administration, Sally Yates, the Obama holdover leading the Justice Department, sent agents to the White House to question Flynn, ostensibly on the suspicion that he might have violated the Logan Act. (She also said she was worried that Flynn might be subject to blackmail, which seemed at least as dubious as a Logan Act violation.)

It was that interview that ultimately resulted in Flynn pleading guilty to one count of lying to the FBI.

The bottom line is, the Flynn saga, which is at the heart of the Trump-Russia investigation, appears to have hinged on a trumped-up suspicion that a new administration had broken a centuries-old law that has never been prosecuted before — when in fact, the new administration’s real transgression was to make clear it would throw away many of its predecessor’s policies.

The second incident that suggests the Trump investigation threatens the rule of law is the FBI’s use of the Trump dossier — a Clinton campaign opposition research product — as a part of its counterintelligence investigation into the Trump campaign.

To compile the dossier, a Democratic law firm hired the oppo research group Fusion GPS, which hired a former British spy named Christopher Steele, who paid a number of Russian “collectors,” who then talked to other Russians, who provided gossip about Trump. The most spectacular gossip is the dossier’s description of Trump, in a Moscow hotel room in 2013, watching as prostitutes play out a kinky sex scene.

Steele took his material to the FBI, and the bureau agreed to pay Steele to keep gathering dirt on Trump — an astonishing development in the midst of a presidential election.

And even though the pay-for-dirt deal fell through, the FBI still incorporated the dossier into its Trump-Russia investigation. It was used as the basis to ask a secret court to grant a warrant to wiretap an American, Carter Page, in October 2016.

Now fast forward to the transition. In early January 2017, intelligence chiefs James Comey, John Brennan, Mike Rogers, and James Clapper traveled to Trump Tower to brief the president-elect on Russian efforts to interfere with the 2016 campaign.

After the briefing, by a plan they devised earlier, three of them left the room, leaving Comey alone with Trump. Comey gave Trump a summary of the dossier, including the Moscow sex scene.

Imagine that. The very first time the incoming president met the FBI director face to face, the FBI’s message was: We know about you and those hookers in Moscow.

In their new book,Russian Roulette*, the authors Michael Isikoff and David Corn report Trump thought the FBI was blackmailing him:

“Trump had seen this sort of thing before,” they write. “Certainly, his old mentor Roy Cohn — the notorious fixer for mobsters and crooked pols — knew how this worked. So too did Comey’s famous predecessor J. Edgar Hoover, who had quietly let it be known to politicians and celebrities that he possessed information that could destroy their careers in a New York minute.”

The intel chiefs’ briefing of Trump soon leaked to the media. And the fact that top officials had seen fit to tell the incoming president about the dossier made it a legitimate news story. Within hours, BuzzFeed published the entire dossier on the Internet.

As Senate Minority Leader Chuck Schumer, D-N.Y., said as all this was happening: “You take on the intelligence community, they have six ways from Sunday of getting back at you.”

And this was all done by the nation’s top law enforcement and intelligence officials, targeting a new president. So yes, it is reasonable to say the Trump-Russia investigation endangers the rule of law.