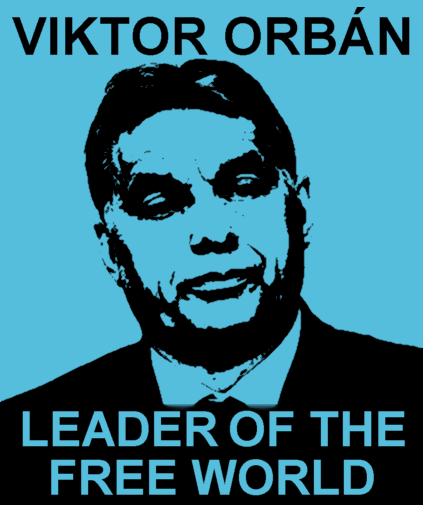 Well, to begin with, there’s this…

Moreover, in the year 2018 Americans arguably enjoy less liberty than Hungarians do. I seriously doubt that it would take hundreds of thousands of dollars of legal fees and years in court before a judge granted a Hungarian baker the right NOT to bake a cake.

Even so, it’s important to give Donald Trump his due, because it’s also arguable that Mr. Trump created the space in which Mr. Orbán is able to do battle with the totalitarians in Brussels. If Hillary had won the election, Hungary and the Visegrád Four might well have been looking down the barrel of a NATO-held gun. A Western Alliance under the dominance of the Clintonistas would have been likely to back up the ukases of the European Commission with American firepower, leaving Mr. Orbán with far less room to maneuver.

Prime Minister Orbán is also fortunate that he governs a small, homogeneous society that was inoculated against the collective madness of Multiculturalism by forty-five years under the boot heel of the Soviet Union. Getting Hungarians on board the building of the fence was a lead-pipe cinch compared with what President Trump has to go through to build a wall on the southern border of the Modern Multicultural USA.

There’s no doubt that Donald Trump has accomplished amazing things in the face of nearly insurmountable odds, opposed at every step by both major political parties and the entire cultural establishment in the USA. The “Trump Effect” has generated wide political ripples, even reaching the Carpathian Basin in Central Europe.

Nevertheless, Viktor Orbán is the most prominent leader in the van of the Resistance. His sober, understated assertion of national sovereignty points the way for every other Western leader who wants to liberate his people from the borderless oppression being imposed by the New World Order.

7 thoughts on “It’s Not Your Father’s Cold War”