As we mentioned last week, Matt Bracken has just published a new novel, The Red Cliffs of Zerhoun. The following interview with Mr. Bracken about the book was published earlier today at Western Rifle Shooters. 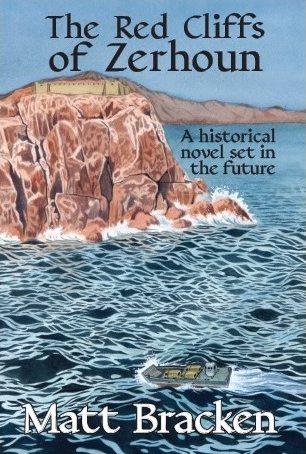 The Red Cliffs of Zerhoun: a historical novel set in the future

Q and A with author Matt Bracken

WRSA: What does the title of your new novel refer to?

Red sandstone cliffs are common to the coastal region of Morocco I’m writing about, and they feature in the story. All the Dan Kilmer novels are going to contain a geographical feature in their titles. So far I’ve used up “Cay” and “Cliffs”, so I don’t anticipate running out soon.

WRSA: I couldn’t find Cape Zerhoun or Port Zerhoun on any maps of Morocco.

It’s a composite of a few different locations, but is largely based on the historical pirate port of Salé from the corsair era but relocated a bit to the south. The name Zerhoun is taken from a holy mountain in Morocco which is a national pilgrimage site. I sprinkled some other non-random names into the novel, for example, anyone who considers secret dungeon complexes to be implausible in the modern era might want to look up Tazmamart, Morocco.

WRSA: “The Red Cliffs of Zerhoun” seems to run deeper than the typical post-SHTF dystopian action novel. There is actual character development, for example, which is rarely seen in the genre.

Thanks for noticing. Actually, the entire novel is an allegory for the defense of Western Civilization and European Christianity in the face of the one-two punch coming from today’s cultural-Marxist ruling elites and the always eager Islamic invaders. Three times in European history the continent was nearly overrun by Muslim armies, and three times the invasion was just barely turned back: at Tours, Lepanto and Vienna. Today, the situation is even more dire, because cultural-Marxist Quisling traitors have managed to switch off Europe’s natural defenses and open the gates to invasion, and have even permitted Islamic jihad beachheads to be established in every European city. I’m not optimistic about the eventual outcome of the coming European civil war, but I’m not ready to give up, which is why I wrote this novel. It’s my best shot in the counter-jihad. 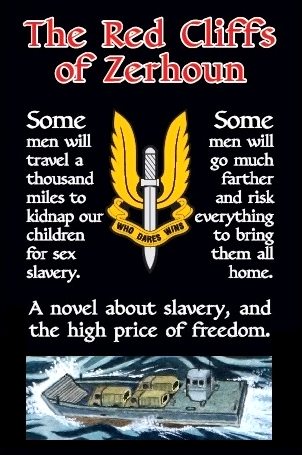 In terms of the allegory, the nearly seventy girls kidnapped from a religious boarding academy in Ireland are a microcosm for the future of Western Civilization and European Christianity. Will what is left of European manhood rise to the challenge and send out a desperate rescue mission to bring the stolen girls home, or just shrug at the hopeless situation, and write them off? When you consider that Egypt, Syria, Turkey and many other nations were once staunchly Christian, I’ll admit the future does not look bright for Europe, given today’s circumstances. But I’m not a defeatist, and that’s why I wrote The Red Cliffs of Zerhoun.

In addition, I wrote it to remind British men of their nearly-forgotten military heritage, which is still kept alive in units like the Special Air Service. British men stood tall and faced down the Nazis when it looked like Britain would have to go it alone, even to fighting on the beaches, in the words of Winston Churchill. I hope some of that martial spirit is left in Britain. If not, eventual defeat and submission to Islam is inevitable.

WRSA: What’s the point of having the British SAS and the Irish Republican Army cooperating on the mission? That seems pretty far-fetched, even for a Matt Bracken novel.

Former SAS and former IRA. Plot-wise, the ex-SAS operators have the operational experience and the required skills, but no access to the guns they will need for the mission. They are planning an unsanctioned operation and the British government would shut them down if they caught wind of it. The IRA have the guns, which were never turned in after the peace accords of the late 1990s. The girls were kidnapped from an Irish boarding academy, so there is also an element of Irish national pride involved. The IRA are not just going to hand their cached guns over to a team of Brits and say, “Good luck, mates, see you when you get back, maybe.” They are going to go on the mission too.

At the allegorical level, the larger point is that even long-standing European animosities will have to be cast aside when it comes down to a matter of mutual survival against a common existential threat from outside. Eventually, it’s the West against the rest, do or die.

WRSA: It’s a wild plot, beginning with the mass kidnapping, but could anything like that ever really happen?

Actually, it’s already happened many times, from the sixteenth to the nineteenth centuries. Look up “The sack of Baltimore Ireland, 1631” or “The Turkish Raid, Iceland, 1627”. The point is that when Europe is weak, Islam attacks, and Europe has not been weaker relative to Islam in at least two centuries. In the event of an economic collapse and civil war in Europe, I can certainly see events like the mass-kidnapping described in Red Cliffs happening again. Absolutely.

WRSA: In your novel, Spain seems to have weathered the chaos of the religious civil war better than most other European countries. Why is that?

I don’t necessarily believe that Spain will do better than other nations, I’m only suggesting that there will be differences in national outcomes as separate national identities re-emerge from the wreckage of the European Union. I’m also pointing to the cyclical nature of history. That’s why I foreshadowed the original Spanish Armada in the opening pages of the novel.

WRSA: Are those Norwegian “Storm class” patrol boats for real, or did you invent them for the story?

They are definitely for real, and I actually had the opportunity to observe them in action, or at least on a training exercise along the Atlantic coast of northern Norway in the 1980s. Four of them came out of the rain and fog and were running at full speed right through our squadron of giant amphibious ships before we even knew they were there, and then they ran tight circles around us, cutting right through the big waves. You can find out a lot more about the Storm-class boats on the internet. There are still some around on active service in various Baltic navies as well as in museum settings.

WRSA: I noticed that early on in Red Cliffs, Dan Kilmer expresses a desire to find the right woman and raise a family. Is Dan finally going to settle down?

If men like Dan Kilmer give up on the idea of finding the right woman and starting a family, then it really is game-set-match for Western Civilization. And our conquerors will not even keep our history alive in museums and libraries, which they will blow up, burn down and bulldoze in order to obliterate even their contained memories and prevent them from being passed down to coming generations. The great cathedrals of Europe could literally all become mosques in our lifetime, marking the total extinction of Western Civilization and European Christianity. Read Tom Kratman’s “Caliphate”, which is always free on Kindle, to see what an Islamized Europe might look like.

WRSA: What’s next for Dan Kilmer?

I think that Dan will find a reason to return to the post-collapse Disunited States of America, but I haven’t started writing the next novel yet.

WRSA: Well, please keep us informed of its progress, and thanks for taking the time. 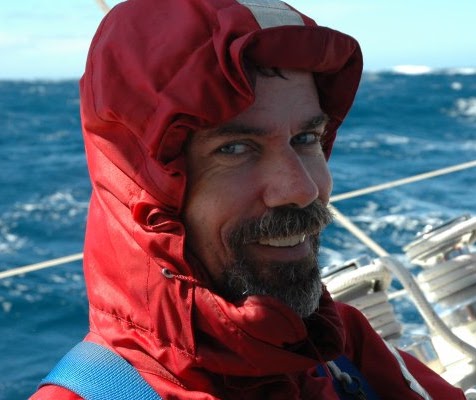 Matt Bracken was born in Baltimore, Maryland in 1957 and graduated from the University of Virginia in 1979 with a degree in Russian Studies. He was commissioned in the US Navy through the NROTC program at UVA, and then graduated from Basic Underwater Demolition/SEAL training class 105 in Coronado California. He served on east coast UDT and SEAL teams, taking a Naval Special Warfare detachment to Beirut in 1983. Mr. Bracken left active duty after Lebanon, upon completion of his obligated military service, but he remained in an active reserve status through the remainder of the 1980s. Since then he has lived in Florida, Virginia, South Carolina, Guam and California. In 1993 Mr. Bracken finished building a 48-foot steel sailing cutter of his own design, on which he has done extensive ocean cruising, including a solo voyage 9,000 miles from Panama to Guam and two Panama Canal transits.

Matt is a self-described freedomista who loves ocean sailing for the pure freedom it often permits. He is a constitutionalist who believes in the original intent of the founding fathers of our country. He lives with his family in North Florida and longs for the wide blue ocean.