Paul Weston wades into the Culture Wars with his latest essay. Or should I say “the Behavioral Sink”? 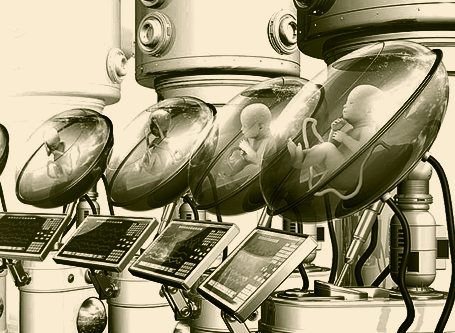 “You can’t have babies, Stan… You haven’t got a womb!”

Equalities Minister (Conservative…) Justine Greening wants to change the law to allow people to specify their gender on their birth certificate. Presumably there will be a time scale on this. After all, a newborn baby, no matter how desirous of immediate gender transition, would be unlikely to communicate his/her/zie/its ambitions in this regard.

As we move further to the Left in the West, we seem to become ever more unhinged from reality. But here’s the thing: reality is reality, and nothing can change it, not even the crazed diktats of witless women running peculiar departments in what was once a sane political party.

Take for example a birth certificate in the name of John Bloggs, born on the 3rd of March 1999. Gender, male. No matter how much John dislikes the 1999 era, there is nothing he can do to change the year he was born into. It is just a reality. He can tell everyone he was actually born in 1576 but no one will believe him. Indeed, they might consider him irredeemably insane.

Not so long ago, those considered insane were treated in the hope of curing their insanity. Today, the law is being rewritten to accommodate their insanity. Which is of course, insane. And those who should really know better are climbing onto the insanity juggernaut, which is steadily picking up speed as our politicians, educators and journalists steer it toward the cliff edge.

The Daily Mail is not usually known for toeing the PC line, but their recent article on pregnant men should really be read in full, if only to appreciate the tsunami of mental breakdown currently afflicting the West. When a mainstream newspaper can talk about pregnant men and men giving birth without any apparent awareness of the mental derangement implicit in this lunatic fantasy, then you know the West is in big trouble.

Two other words rendered meaningless by the Left are “Nazi” and “Socialism.” Left-Liberals label everyone a Nazi if they voice concerns about flooding the West with millions of people with a positively Naziesque attitude toward global domination, supremacism, women, Jews, homosexuals and democracy. Which is more than a little odd, when one looks at it logically and rationally.

Left-Liberals still claim there is an inherent goodness manifested in socialism, no matter Stalin, Mao and Hitler were all socialists and no matter the murder of over 100 million people in its name, along with the moral, social, familial, environmental and economic ruin socialism bestowed upon the 20th and 21st centuries.

This Left-Liberal flight from reality and survival is very difficult to resist. Which poses rather a problem when one considers the inevitable final destination is the utter extinction of Western Civilisation. And I say difficult to resist, because the madmen and madwomen who are steering us toward extinction have total control over us.

The next couple of decades will certainly be eventful. If the sane ever regain control, it will only come about after the insane have been thoroughly destroyed and chased from their citadels of power. Whether this happens or not is entirely in the hands of you, dear reader.