Below is the second in a series of essays on the fall of Rome by our Dutch correspondent H. Numan. Part 1 is here. 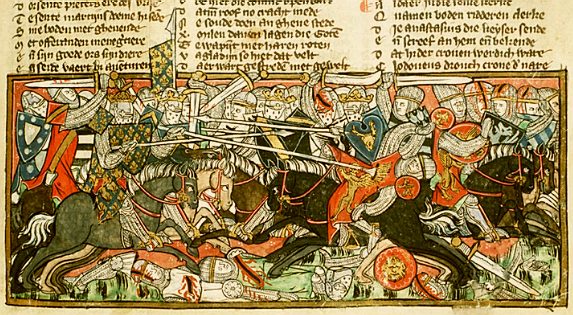 How Long Before the Dark Ages Return?
Part 2

In my previous essay I gave one of the many reasons why the West Roman Empire fell, while the East Roman (Byzantine) Empire didn’t. The circumstances of our present situation are strikingly similar. Before we continue, you’ll need some background information.

Agriculture: until about 1800 most people were farmers. Most certainly during the ancient period. The percentage varied, but you can safely assume well over 90% of the entire population was working in the fields. Experts set this percentage even higher, at 95%. What we learn from history is what the other 5% did. That 5% consisted of urban citizens, the middle class, civil servants, the church, nobles (equites and senatores) and the imperial court. Only after the invention of inorganic chemistry (fertilizer) and steam power did the 95% go down drastically. That’s around 1850; not that long ago. Before that starvation and famine were very serious problems.

Money: yes, it existed. But not as we know it today. Wealth wasn’t measured in coins or gold, but in arable land. Especially during the later days of the empire. Mining for gold and silver was no longer possible; the European mines were exhausted. The later Roman empire had a chronic shortage of money. Sound familiar? The EU has the same problem.

Real insecurity: Castles — the word comes from the Roman word castelum — look so romantic. I can’t feel any more at ease than when quietly strolling over ancient town walls in a medieval town. That’s how we look at them now. Entirely wrong! Those walls and castles weren’t build to promote tourism but out of sheer necessity. You needed them to stay alive. To get a taste of why they were built, watch a Mad Max movie. The Roman empire didn’t have or need any walls until the 2nd century, when the barbarian raids became an everyday threat in all parts of the empire. Until that time the elites invested in public buildings (bath houses, temples, markets, etc.) and games (theaters, chariot races, gladiatorial games). Not in fortifications. After the 2nd century that stopped and money was diverted to provide for more security. Sound familiar?

We’re not done yet. Rampant insecurity necessitated that the elite invest massively in protecting their property and assets. Cities were walled, villas (a roman villa was usually a very large farm anyway) were fortified. They didn’t do that free of charge for the public good. Surrounding free farmers got an offer they couldn’t refuse: remain a free independent farmer, and die for sure during the next barbarian raid. Or become a serf. In that case you could flee to the nearby villa for protection. Sounds a bit like the currently fashionable economic freelance contracts? You’re probably right. People didn’t fancy becoming serfs, just as most people in Europe really don’t want to become freelancers. Both simply didn’t have another choice.

Education: The Roman elite invested a lot of money in their education. Only the very wealthy could afford it. You weren’t really an upper crust Roman unless you were 100% fluent in Latin and Greek. Mathematics, law and rhetoric were essential part of the curriculum. Education was privately funded and very expensive. Without it, you couldn’t build a career.

Vicious circle: The Roman empire had to be defended. That cost money, and a lot of it. There is a maximum limit how much tax can be levied. The Dutch prime minister is unaware that it exists, but it does. During the late Roman empire taxation was at its absolute maximum. More could not be extracted. It was barely enough to provide security most of time to keep the barbarians at bay.

The crux is in ‘most of the time’. Sometimes it wasn’t. Barbarians weren’t fools. They usually waited for a weak emperor or governor or a civil war. As soon as the attention of the empire was focused elsewhere, they attacked the weakest spot. Usually in hope of booty, but should the opportunity present itself they happily dropped anchor and settled down. That area was lost for taxation. The empire had less money to pay the army, which caused more attacks, which caused less tax revenue. A vicious circle the Roman empire couldn’t get out of. Now you have the groundwork we need to continue.

A generation is a time period of approximately fifteen years, in which people grow up in the same circumstances and within the same time period. That’s in peacetime. In war, that period is much shorter. I can’t say exactly how long but less than five years up to ten is a good estimate. Three generations therefore is less than fifteen years up to a maximum of thirty years, as we are not living in peacetime conditions anymore. In other words: our dark ages will take hold serious between 2025 and 2035. You don’t notice much. At best that in the past everything was better. Every step is small step back. Usually baby steps. And suddenly …. WHAM! You’re again in the dark ages. That’s how it worked in the Roman empire, and that’s how it can work for us.

The barbarians lived mostly outside the Roman empire. Their societies were constantly at war. For them, peace was the short period between wars. They lived in semi-nomadic or basic permanent settlements, spoke their own languages, had their own religions. Most often they were illiterate or barely literate (and then only the elite), and had their own form of law. Usually spoken only. Raids against neighbors were the rule. Who that neighbor was didn’t really matter. If your neighbor was foolish enough not to guard his herd of cattle, you ended up with a much bigger herd the next day.

As long as Rome was strong and powerful, the raids (most often for plunder and cattle) were limited. During the 2nd and 3rd turbulent centuries, the power of Rome vastly declined, and raids became more common. The opportunity presented itself to settle down permanently. Large areas of the empire were lost that way, before it actually fell. In today’s terms: large areas are now no-go areas, where the police dare not enter without military support. The inhabitants live there in their own societies under their own rules and religion.

The problem the barbarian realms had was management. Let’s look at the Goths and Burgundians. The Visigoths took over Spain, the Burgundians the south of France. Rome was no longer able to drive them out. Their settlements were now permanent. In Spain they were very strong, in the South of France much less so. Controlling an area militarily is one thing. To administer and manage it, quite another. For that you need people with much better education and experience. The Romans had it, the new rulers lacked it.

The local Roman elites also had a problem. Their wealth was in land. What they would have liked to do was to bundle everything up and move elsewhere, but that was impossible. You can’t move land. Either you move yourself and live elsewhere, in Constantinople for example, poor as church mice. A few did so, but not a lot. Or you look to see if a deal is possible.

The new barbarian kingdoms needed managers. The managers were available and willing. Both needed something from the other. The Roman elite in the South of France got a fairly good deal, their colleagues in Spain less so. They could keep part of their possessions and in return they managed the Visigoth and Burgundian kingdoms for their new overlords. Roman law applied to Roman citizens, Gothic law for the others. The Burgundians fairly quickly converted to Roman Catholicism, the Visigoths remained Arians. The Roman elites collected taxes, administered law and handled foreign correspondence. The difference was that they didn’t get to keep the money anymore. Everything remained — outwardly — pretty much the same.

The kings themselves could read and write, but not a lot. Their expertise was in waging war. One doesn’t need an expensive education in rhetoric for that, nor did they have to. They had the Roman elites to do it for them. Make no mistake, the first generation of barbarians had one big ideal: to become real Roman citizens. They — very much unlike our own barbarians — admired Roman civilization. They wanted to be part of that, with as little (mental) effort as possible. If they looked down upon anything at all, it was their own, definitely not Roman, culture. Therefore, after a hard day of work at the court, the king happily invited his Roman managers to entertain him and his court with some rhetoric performances or quoting Homerus. The Roman managers, of course, duly obliged. Just as ours do today. 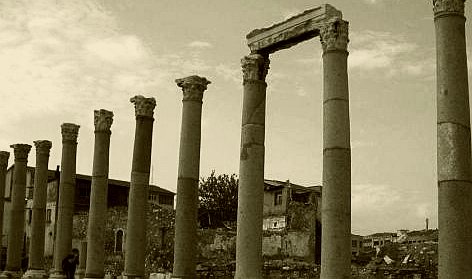 Very soon the need for lengthy correspondence abroad fell away, for Rome itself had fallen. Constantinople was even further away. There wasn’t any need for a very expensive education anymore. The Roman elites had to make both ends meet, just like everyone else. The son got a good education, with some Greek, but not a lot. Some rhetoric, but mainly so he could entertain well. Not to shine in a court of law.

Now we go forward in time. About five to ten years. The fall of Rome is not forgotten, but it’s the past. About as far away as 9-11 is for us now. What’s going on in Constantinople is no longer of much importance. What happens in the Germanic kingdom across the border is. The new Germanic kingdoms are constantly at war with each other. The son of our first generation Roman elite has taken over the job from his father. A very much diminished job, because the king doesn’t really need them anymore. The deal struck still applies, but the need for it is almost gone. Therefore also the privileges. His son learns to read and write. That’s about it. And how to fight well, so he can stay alive.

Finally, again we skip five to ten years, money is a now thing of the past. The economy relies entirely on bartering and serfdom. The serfs are now serfs as we know them today. They have no relation anymore with their previous Roman elites. They belong to and work for their Germanic elites. That elite took over their Christian religion (not in Spain, the Visigoths kept to the ‘wrong’ Arian version). Most of the administrative work can be done by lower clergy. A village priest is enough for most administrative jobs. The Roman elites have by now almost completely vanished. Some are still there, but no longer as elites. Perhaps at best as middle class. The elite are now Germanic.

In a time frame of fifteen to thirty years society changed from a large international one into a bunch of much smaller rural societies constantly at war. The original population — then and now — wasn’t asked anything. The elites were just as eager to strike deals as ours are today. Sometimes it was a good deal, sometimes it wasn’t. The original population barely noticed any difference. They had to toil. Hard. Very hard.

That’s a difference between then and now, because you will definitely notice that things have changed. For the worse. More about that in the next article.