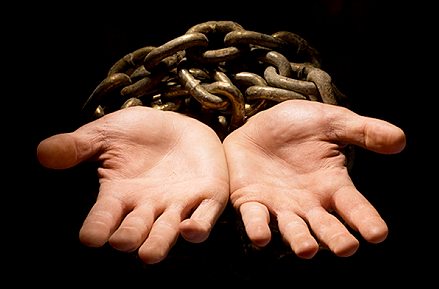 The following report, from The Canadian Lutheran was sent by a reader who happens to be a Lutheran theologian. As he says, it is “disturbing” reading.

It is ironic that Christians are being persecuted by German courts when it is they, as immigrants, who are most likely to assimilate to the customs of their new country. No, Christians aren’t perfect, but they are far less likely to suffer from the sense of entitlement that plagues their Muslim countrymen.

[The emphases below are mine — Dymphna]

GERMANY — While most Canadians celebrated the Christmas season in relative comfort, that wasn’t the case for all people across the world. In particular, one German pastor is raising the situation of Iranian and Afghan converts to Christianity living in Germany, who are facing mass deportation despite the dangers they will certainly face if they are returned to their homelands.

Rev. Dr. Gottfried Martens is pastor of Trinity Lutheran Church in Berlin-Steglitz, a member congregation of Germany’s Independent Evangelical Lutheran Church (SELK). This congregation, along with several other SELK churches, have welcomed hundreds of converts to Christianity in recent years, mostly Iranian and Afghan refugees living in Germany. Dr. Martens and his congregation were widely covered in international media in early 2016 for their work among refugees. But the German government has recently begun to deny en masse the refugee claims of many of these converts, following what Dr. Martens is calling deeply flawed refugee hearings.

“Desperate reports have been reaching me from members of our congregation,” he writes in a letter released December 23. “At this time, the Federal Ministry for Immigration and Refugees is rejecting almost all applications for asylum from our Iranian members, and in many cases also from our Afghan congregational members and candidates for baptism, and is sending them deportation notices.”

Germany has recently increased the number of personnel responsible for hearing asylum applications—a necessary change, given many refugees have been waiting three years for their first hearing. “Yet not even in our worst nightmares could we have pictured what this change would entail,” Dr. Martens says.“Many [of those hearing the cases] are manifestly clueless about the situation of Christians in Iran and Afghanistan, and worse yet they are utterly clueless concerning questions relating to the Christian faith. But all of this does not prevent them from assuming the role of self-appointed experts, whose questions ‘unmask’ the supposedly deceitful Iranian asylum applicants one after another, even when those hearing the cases don’t even know the difference between the [Apostle’s] Creed, and the Our Father [Lord’s Prayer].”

Instead, refugees are being tasked with obscure or even irrelevant questions to determine the “authenticity” of their conversions. “Questions are put such as the names of the two sons in the parable of the Prodigal Son, or what Martin Luther died of, or the occasion of Queen Margrethe of Denmark’s recent visit to Wittenberg,” Dr. Martens reports. “In this way, Christians who learned the first elements of the Christian faith in their house church* in Iran are well and truly hung out to dry. Many hearings are more like kangaroo courts in which our congregational members and candidates for baptism have absolutely no chance of presenting what is important to them.”

Dr. Martens further reports that those hearing the cases are dismissing or even mocking the refugees when they express their faith in the importance of Christ dying on the cross for their sins. “What the applicant says here makes absolutely no sense,” one official is said to write in his official reports. Those tasked with translating for the court — mostly Muslims with little knowledge of the Christian faith, and in some cases reportedly hostile to it — are also accused of incorrectly or even falsely translating what the refugees say during their hearings. Such improper questioning and translating seriously damages the applicants’ claims for refugee status, as the final decision is made elsewhere in Germany on the basis of these reports and transcripts.

Dr. Martens says the flaws in the system are so great that the situation must inevitably be raised to a higher court. ”Orders have obviously been given from above no longer to recognize Iranian converts as having the right to asylum in our country,” Dr. Martens suggests. “The systematic failure of the Federal Ministry in hundreds of cases must come to the light of day through the efforts of the superior courts.”

The attitude of countries in the West toward Christian immigrants is oddly hostile. We are nominally Christian, but the bureaucrats often single them out for refusal. Ann Corcoran at Refugee Resettlement Watch has some examples of this phenomenon. There are other more recent stories – here is one, describing it as a “gross injustice”.

Evidently, this injustice isn’t gross enough for our nominally Christian legislators to investigate.

Maybe we ought to send our individual Christian Congresspersons a copy of The Beatitudes and ask them “whassup, Honorable John Doe?”. Don’t do it now, though: the 115th session of Congress will be too busy playing musical chairs (and offices) between now and the end of January.