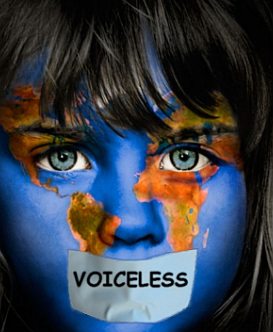 Everyone who labors in the “Islamophobia” business has to contend with the same issue: a lack of effectiveness in the wider world. As has often been pointed out, this website and others like it constitute for the most part an echo chamber. We are addressing an audience that is already familiar with the issues surrounding Islamization and largely agrees with what we say.

There are intramural battles, to be sure — some of them quite fierce. Does the “moderate” Muslim exist? Can the advance of Islam be stopped without first addressing the issue of globalist socialism? Does the welfare state have to collapse before the cultural enrichment of the West can be turned back? The intensity of the arguments over these questions masks the fact that most of the people engaged in the debate already agree with most of what the Counterjihad stands for.

How do we force the same issues into the attention span of the average uninformed low-information voter? This is the essential problem.

My approach is to pursue multiple tracks, mostly Europe-related, since that’s where the center of gravity for this blog may be found. The Brussels Process is one such track. The involvement of the International Civil Liberties Alliance in fighting creeping shariah through the Organization for Security and Cooperation in Europe is another.

Dr. Bill Warner of the Center for the Study of Political Islam has developed his own ingenious approach to the same problem. He employs the methods of the Left — simplified emotion-based arguments targeting the ill-informed — to shame previously uninvolved people into paying attention to the worldwide persecution of religious minorities by Islam. He uses the same “lefty-speak” as his opponents to occupy the moral high ground in the discussion.

In the following video Dr. Warner provides some specific advice and examples of his approach:

A couple of days ago we mentioned the Religious Communicators Council (RCC) meeting in Nashville later this week. Bill Warner and other activists from Voices for the Voiceless are planning a silent demonstration at the event:

RCC is Training Writers to Deny the Persecution of Christians

We will hold a silent demonstration on Saturday, April 5, 2014 at 11:15 am to protest the Religious Communicators Council (RCC) meeting in Nashville. It will be silent to demonstrate their lack of reporting persecution of Christians. We will invite the media and issue a press release.

The protest will be held rain or shine. Further details about how to park, signs, etc. are posted at voices4voiceless.org

Why We Are Demonstrating

On April 3-5 the RCC will hold a national convention at The Inn at Opryland, 2401 Music Valley Drive, Nashville, TN 37214

There is not ONE RCC speaker who will deal with the persecution of Christians. They support the oppressors, and deny the victims.

Why This is so Important

Those who attend the RCC convention are the major voices in the suppression of the news about the murder of religious minorities. They have no opposition and dominate the media. The RCC shapes the agenda and message that religious communicators use to deny the suffering of the victims, their brothers and sisters.

We need a show of force. The Muslim Brotherhood has stated that they’ve made their greatest gains in the apologist pulpits. Now is the time to resist their dominance.

You Are Not Powerless — What You Can Do

All we ask is that YOU SHOW UP and stand together in silent protest. If you can take part, send us an email to: info@voices4voiceless.org

Spread the word on social media, email, friends. Be sure to contact us at info@voices4voiceless.org and let us know you will attend. We need help with signs and other details.

The general philosophy of this protest can be found here.

18 thoughts on “Voices for the Voiceless”