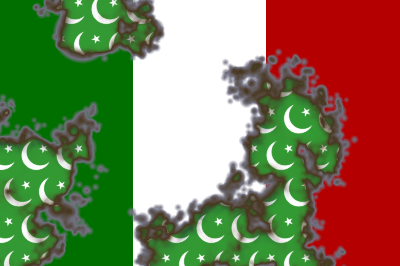 Last Tuesday a “youth” carrying a large knife boarded a bus in the Italian town of Mestre, just outside of Venice. The following video features a description by the driver of how he handled the situation. He doesn’t mention the ethnicity of the knife-bearer, but various news stories describe the unruly passenger as an “Asian”.

Below is an English-language article from ANSA about the incident in Mestre:

(ANSA) — ROME, JAN 18 — An Italian bus driver was threatened by an Asian man with a knife in Mestre near Venice Tuesday night, sources said Wednesday.

The man was clearly high on something, they said. The driver pretended that his vehicle had suffered a fault that stopped it from leaving. He then phoned the police and they arrested the man.

He has been charged with reckless behaviour and aggravated threats.