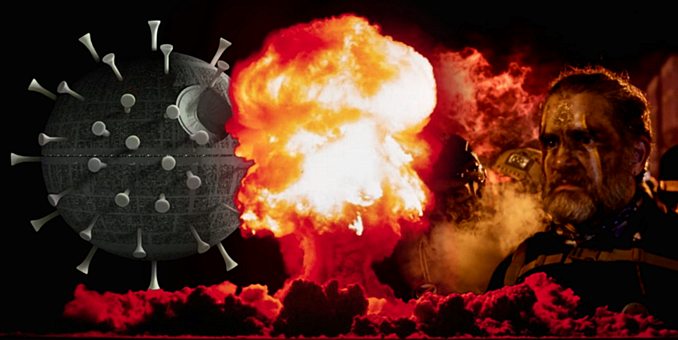 The two videos below have nothing in common except for the fact that they highlight narratives being pushed by globalists and the media. Actually, they are really just peddling various aspects of a single Narrative, for there is only one: the Grand Narrative of sustainability, global governance, and the submission of the citizenry to the dictates of an all-powerful state.

Many thanks to Vlad Tepes and RAIR Foundation for uploading these videos.

The first clip concerns the efforts exerted by Pfizer to collect child volunteers for their experimental mRNA treatment intended to mitigate the effects of infection with the Wuhan Coronavirus, and then two years later their efforts to cure children suffering from myocarditis. That is, first the merchandisers of the “vaccine” created an unnatural rise in myocarditis and pericarditis, and then they rushed out a miraculous new cure for the disease! The Narrative requires that all mention of a connection between the first part of the story and the second must be omitted:

The second video features the attempt by MSNBC to browbeat Trump supporters with the Narrative about the “insurrection” of January 6, 2021. The media chick does her best to corner the MAGA people, but ends up being bested by them (in my opinion):

The Narrative is not done with us yet, not by a long shot.