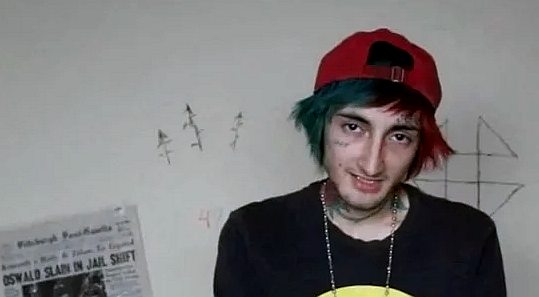 According to The Washington Times, President Biden said he’s “not sure” whether he’ll be visiting Highland Park, Illinois, the location of yesterday’s Independence Day parade massacre.

That tells us that there’s something about young Robert Crimo that the Powers That Be don’t want us to know. If he were a neo-Nazi, or an Islam critic, or a Trump supporter, they’d send Biden and his life-support entourage to the scene as fast as possible for major photo ops and sound bites.

My conclusion: There’s something about this kid we’re not supposed to find out. Maybe he’s trans, or Antifa, or a BLM supporter, or some combination of all three.

Another indication: try an image search on Google for “Robert Crimo III”, and you’ll find almost nothing. Try the same thing on DuckDuckGo, and there are plenty of pictures of the kid in all his dysphoric weirdness.

Google is actively suppressing images of him. There’s something about him they don’t want us to know.

The media reactions to the slaughter are suspiciously muted. There’s talk of gun control, but under the circumstances, not all that much.

This is definitely a case of the dog that didn’t bark in the night.

MissPiggy is on the job, digging for more information about Robert E. “Bobby” Crimo III. If she finds anything of interest, I’ll let you know.

19 thoughts on “What is it That We’re Not Supposed to Learn?”