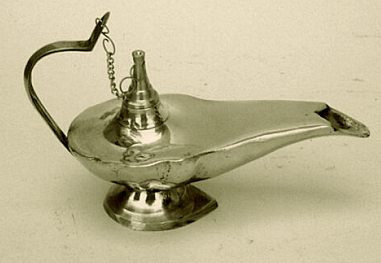 Here’s a report from The Daily Sun with news on the latest violent extremist incident in New Zealand:

The ISIS-supporting terrorist who went on a battering rampage in a lighting store in New Zealand on Friday has been named as Mohammed Mahmoud Mehmet Mohmadin.

The 32-year-old Sudanese refugee was shot dead after clubbing eight people with lamps in Light of the World, a lighting business in east Auckland. Five of the victims were seriously wounded, with two receiving life-threatening injuries. Mr. Mohmadin is alleged to have shouted “Allahu Akhbar” during his rampage.

On Saturday morning numerous stores in Auckland removed lamps, flowerpots, wine racks, picture frames, teakettles, and other heavy objects from displays in response to the attack. Anti-terrorism experts have warned that such objects may be picked up and used as weapons opportunistically by terrorists. The bedding store Lullabies went so far as to remove pillows from its showrooms after Police Commissioner Beezle McFee warned retailers that a victim may be smothered to death with a pillow in as little as 90 seconds. He said that there have thus far been no terror attacks with pillows, but he fears that it is only a matter of time before one occurs.

Commissioner McFee defended his officers, and said there was no indication an attack was imminent when Mohmadin arrived at the store, adding that long-term surveillance is ‘difficult’.

In a bid to reassure the public, he vowed to increase police presence at lighting stores, bedding stores, supermarkets, gyms, restaurants, churches, and other locations where soft or heavy objects might be accessed by known extremists.

Police have not yet been able to determine a motive for the attack.

[Yes, the above article is satirical, at least for the time being. I used this report from The Daily Mail as a model (hat tip: Seneca III).]