The essay below is the fourth in a series by our English correspondent Seneca III. Previously: Part 1, Part 2, Part 3., 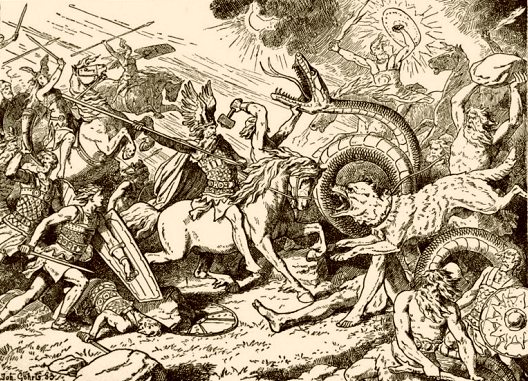 These devices are also used in animal experiments. By wirelessly monitoring the brain’s electrical signals sent out by electrodes implanted in the subject’s brain, the subject can be studied without the device affecting the results. Neural implants are designed to be as small as possible in order to be minimally invasive, particularly in areas surrounding the brain, eyes or cochlea. They typically communicate with their prosthetic counterparts wirelessly. Additionally, power is currently received through wireless power transmission through the skin. The tissue surrounding the implant is usually highly sensitive to temperature rise, meaning that power consumption must be minimal in order to prevent tissue damage.

However, assuming that the frequency requirements of a micro miniature quantum computer would be minimal, say in the range from 1 Hertz up to as much as 100 Hz we should note that these brain wave frequencies are clustered into four basic categories associated with different mental functions…

The human brain is a wondrous marriage of electricity and chemistry. Neurons are microscopic power sources that build up an electrical charge by chemical means (like a battery), then briefly reverse the voltage over and over again. In this way, electrical potentials can shoot along the neuron’s major extension — the axon — and be translated into chemicals that cross the synapse, the tiny gap between neurons, to produce electrical potentials in the receiving dendrites of the next neuron. In that neuron, the process can begin again, so that the electrical potential can keep moving. Neurons fire these action potentials in unison to accomplish whatever task the brain is undertaking. The number of times a cell builds up a charge and reverses it determines the frequency of the cortical rhythms in the brain. The cortical rhythm is the sum of the brain’s action and dendrite potentials specific to parts of the brain, and specific neurons can be recognized for their involvement in forming memories. The main parts of the brain involved with memory are the amygdala, the hippocampus, the cerebellum and the prefrontal cortex.

Artificial intelligence is a recent construct, and it has not evolved over eons as did human intelligence but was manufactured in the wink of a cosmic eye. The definition of artificial is “Made or produced by human beings rather than occurring naturally, especially as a copy of something natural.” i.e. synthetic.

‘Human intelligence’ is defined as the mental quality that consists of the abilities to learn from experience, adapt to new situations, understand and handle abstract concepts, and use knowledge to manipulate one’s environment. It is worth noting that according to Moravec’s paradox the observation by artificial intelligence and robotics researchers that, contrary to traditional assumptions, reasoning requires very little computation, but sensorimotor skills require enormous computational resource and can be extended to many forms of social intelligence.

In the long run, social skills and an understanding of human emotion and game theory would be valuable to a future human. The ability to predict the actions of others by understanding their motives and emotional states would allow him or her to make better decisions. Some computer systems do mimic human emotion and expressions to appear more sensitive to the emotional dynamics of human interaction, or to otherwise facilitate human-computer interaction. Similarly, some ‘virtual assistants’ are programmed to speak conversationally or even to banter humorously; this tends to give naïve users an unrealistic conception of how intelligent existing computer agents actually are.

The term ‘confabulation’ is a memory error defined as the production of fabricated, distorted, or misinterpreted memories about oneself or the world. People who confabulate present incorrect memories ranging from “subtle alterations to bizarre fabrications” and are generally very confident about their recollections, despite contradictory evidence.[2] This condition would be extremely dangerous, perhaps even fatal, in an implanted ‘auxilliary brain’.

Yet, as machines become increasingly capable, tasks considered to require “intelligence” are often removed from the definition of AI, a phenomenon known as the AI effect. Part of Tesler’s Theorem[3] says “AI is whatever hasn’t been done yet.” For instance, optical character recognition is frequently excluded from things considered to be AI, having become a routine technology. Modern machine capabilities generally classified as AI include successfully understanding human speech, competing at the highest level in strategic game systems (such as chess and Go), autonomously operating cars, intelligent routing in content delivery networks, and military simulations.

Finally, one of the many seminal questions prompted by the above is: “Can AI constructs learn human values and the intrinsic spiritual inclinations that underpin them sufficiently well to be safely implanted into and integrated with human brains and nervous systems; and, if not, would powerful micro-miniature, inanimate computers be sufficient unto the needs of such a future synthetically evolved Homo?” We shall have to wait and see.

Currently there are the three primary means of generating reliable high wattage electric power — nuclear, hydroelectric and fossil fuels which are used to power steam turbines. Wind- and solar-powered systems are horrendously expensive, intermittent, environmentally destructive, virtually non-recyclable and input-output inefficient. Fusion power, if we ever manage to develop it, is a different matter entirely.

Fusion, a form of nuclear energy generated when light-weight atoms fuse, is the process at work in every star’s core, releasing an enormous amount of energy. Researchers have been trying to harness fusion and reproduce it on earth in a controlled manner for decades. If they succeed, they will provide the world with a safe, sustainable, environmentally responsible and abundant source of energy.

The main fuels used in nuclear fusion are deuterium and tritium, both heavy isotopes of hydrogen. Deuterium comprises a tiny fraction of natural hydrogen, only 0.0153%, and can be extracted inexpensively from seawater. Tritium can be made from lithium, which is also abundant in nature. The amount of deuterium present in one litre of water can in theory produce as much energy as the combustion of 300 litres of oil. This means that there is enough deuterium in the oceans to meet human energy needs for millions of years.[4]

This begs the question: “How will we be able to transmit this power to receivers, static or moving, that cannot be directly connected by physical transmission lines such as the plethora of cabling that we use so profusely today?” One answer is that the often mooted idea that microwave transmission via focused tight beams directed to shielded receiver stations could work, but this brings with it its own set of problems. Microwaves destroy organic tissue, including human tissue, and react violently with metals. Both reactions do not lend to safe lateral transmission as in an earthly power grid, and thus such a system is not a viable solution in that environment, but what of transmission from fusion and/or solar power stations in geostationary orbit to carefully isolated ground stations that turn the microwaves into electrical energy which is then distributed via a standard power grid? This could be the future, at least in the long term.

As with quantum physics and computing we are seeing astronautics and spaceflight making a slow transition from pure academic and governmental organisations to the private sector, and with it acceleration in the development of new materials, technologies and control methodologies. Elon Musk’s SpaceX project is a leading example thereof.

As things stand the only method we have of delivering thrust and hence velocity to a mass in order to enable it escape a gravity well and progress far beyond is through the use of chemically fuelled rocket engines, an expensive, resource-demanding and payload-limiting way of doing things. Short of some form of anti-gravity, possibly resultant from the discovery of the Holy Grail (See Part III A, section 3), there is nothing else on the near horizon capable of gravity well heavy lifting. However, once in orbit and beyond, free of earthbound chains, other options do open up, and ion thrusters and plasma propulsion engines are already in use on a small scale.

An ion thruster is a form of electric propulsion. It creates thrust by accelerating ions using electricity to ionise a neutral gas by extracting some electrons out of the atoms creating a cloud of positive ions which are accelerated by the Coulomb force along an electric field. In contrast, electromagnetic thrusters use the Lorentz force to accelerate free electrons as well as positive and negative ions in the same direction whatever their electric charge, and are specifically referred to as plasma propulsion engines, where the electric field is not in the direction of the acceleration.

Many current ion engine designs use xenon gas, as it is easy to ionize, has a reasonably high atomic number, is inert and causes low erosion. However, xenon is globally in short supply and expensive.

Ion thrusters in operational use have an input power need of 1-7 kW, giving an exhaust velocity of 20-50 km/s and a thrust of 25-250 mN. The ‘Deep Space 1’ spacecraft, powered by an ion thruster, changed velocity by 4.3 km/s while consuming less than 74 kg of xenon. The Dawn spacecraft broke the record, with a velocity change of 11.5 km/s, even though it was only half as efficient, requiring 425 kg (937 lb) of xenon.

[Note for future reference that the abundance of xenon in the atmosphere of planet Jupiter is unusually high, about 2.6 times that of the Sun. Thoughts of robot scoops diving in and out of Jupiter’s roiling clouds and delivering their loads to an orbital processing plant acting as refuelling station for craft heading further out into the system do enter my head. Time for a break and another glass of wine, methinks.]

Summary Parts III A & III B

Any journey beyond our immediate physical environs, say to the Moon, and Mars at a stretch, is highly unlikely without some form of evolved human physiology and psychology. Modifications we make to the human form, be they cybernetic, cellular, physiological or some combination of them and others we may not yet have conceived, will be necessary.

Time, mortality and distance are the great levellers of the human condition, and to break through that barrier is going to take some doing. I am not sure that the fact that I will not live long enough to see whether the vast majority of them are a good or a bad thing, but I have certainly enjoyed learning, speculating and looking into those possible futures. That will have to suffice for me, so I will return to the world of the now in Parts IV & V.

— Seneca III, in Middle England closer still to end of a disastrous decade in this the year of our Lord 2020.

2 thoughts on “So Here There Be Dragons! (Part IIIB)”