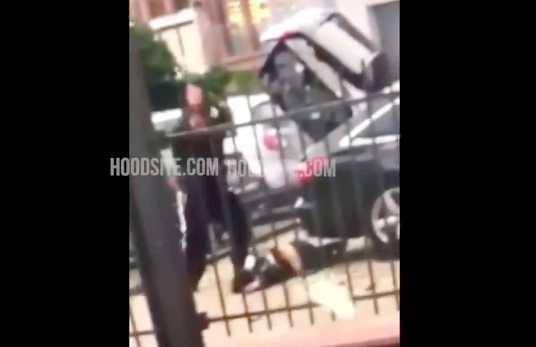 The following essay by Oliver Flesch was published by 1984 Magazin on Friday after the vehicle-and-hatchet murder in Limburg. Many thanks to Oz-Rita for the translation:

Limburg — Once again a woman lost her life in the name of honour. The victim (31) had hidden from her husband in a women’s shelter. Leaving a Muslim man is a bit like playing Russian roulette. Except that in Russian roulette the chances are higher that it will turn out well.

For the mother of two children, any help came too late. Her husband had almost cut her head from her torso with an ax and a butcher’s knife, as BILD learned from investigators.

Oh, and while we are at BILD: Never before in the history of murderous migrants has there been a greater dance on eggshells. Five times in the same article BILD gave the alleged perpetrator a different description. Here is the chronology of helplessness:

There are people who think that the origin of the perpetrators is not important. Oh, yes — it is. We have to name the problem. We must be allowed to say that people from certain cultures act more violently than those from others.

Foreigners are suspects in 42 percent of violent crimes. In Hamburg prisons the proportion of foreigners is 61 percent. 42 percent and 61 percent who have no German citizenship; Germans with a migration background are to be added on top of that. Violence committed by asylum seekers who have gone underground (around 500,000) is not included, so we have to add to this.

We are powerless against honour killings. Mindsets could be changed, but this is not what the families want. Many Muslim boys are brought up as they have been for centuries. In their world it does not happen that a woman leaves her husband. How would he look then, in front of his friends whom he calls his brothers? What a humiliation! He would rather kill her there, so that nobody else will get her, either, and his brothers will celebrate him as a hero.

That is how they think. We cannot make any progress with brochures that say that women are equal in Germany.

It is a struggle that we cannot win. We could keep it in check a little by consistent deportation, but deportations are simply not in fashion at the moment.

That is why we will soon meet again in this theatre. Same genre, only the protagonists will have different names.

4 thoughts on “A Hatchet Job in Limburg”