Seneca III sends the latest on all the Brexit brouhaha. 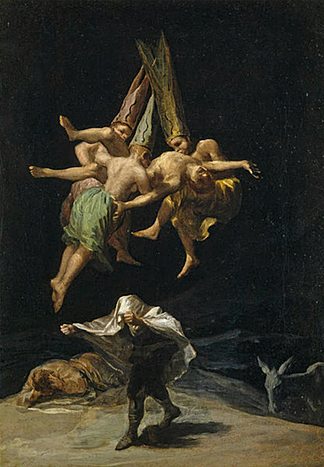 Many Things Wicked This Way Come

From The Guardian[1]… Panic stations you peasants, and you will obey:

The extent and range of the impact of a no-deal Brexit is revealed in a confidential Cabinet Office document that warns of a “critical three-month phase” after leaving the EU during which the whole planning operation could be overwhelmed.

The classified document, seen by the Guardian, sets out the command and control structures in Whitehall for coping with a no-deal departure and says government departments will have to firefight most problems for themselves — or risk a collapse of “Operation Yellowhammer”.

Leaked to the Guardian? Of course, but by whom? And, most importantly, why?

Whatever. This CONOP looks like it’s laying the groundwork for bringing many if not all of the provisions of Blair’s iniquitous 2004 ‘Civil Contingencies Act’[2] into effect in all but name. Bear in mind that the Civil Contingencies Directorate was quietly activated some months ago and is probably in the background playing a major part in the Yellowhammer planning and later execution processes.

The committee will be available to take an overview of the situation and make any relevant decisions including on the following areas but not limited to legislation, identifying funding opportunities, allocation of national level resources such as military, law enforcement or civil service resources, direction of government bodies and relaxation of regulations required at the ministerial level.

It has long been understood that one ploy used by governments desperate to cover up their own inadequacies and failures is to create a crisis then award themselves special powers to deal with it and afterwards clap themselves on the back, saying, “Look how well we did there,” whilst continuing to hold onto the special powers they had granted themselves.

By such means do free nations slide inexorably into totalitarianism. With a Muslim Home Secretary who has his eyes firmly set on 10 Downing Street and a current PM whose days are numbered, this should be a cause for deep concern amongst all free men and women.

In another related plot-within-plots, BBC Radio ‘News’ at 1200 hours today (23/3/19) opened with a long piece on the anti-democratic “gizus another referendum” mob marching in Londonistan led by all the usual suspects and supported and approved by Khan, of course. The prime guest talking head on the supposed ‘news flash’ was the loathsome Soubry peddling her usual treacherous drivel. Keep it up, Al Beeb, we’re all watching, and we know what you’re about. Our day will come.

Meanwhile in Italy, an ‘Italian of Senegalese origin’, Ousseynou Sy, yesterday attempted to immolate 51 children on a school bus he was driving. The MSM and the authorities are in the process of labelling this as ‘mental instability’ whilst ignoring the fact that Senegal is 96.1% Muslim, 3% Catholic and just under 1% Animist.

And, according to his lawyer, Davide Lacchini, “Sy showed signals of not being mentally stable, having accepted the consequences for his actions without hesitation.”

One alternative point of view, however, is that the single most significant sign of mental instability is an ability to quote long sections of the Quran — which he did — as justification for murderous behavior and various other atrocities, but unless we have the guts to label them all mentally unstable that’s pretty much an oxymoron. Or ‘Nothing to do with Islam’ as David Cameron would say.

— Seneca III, in Middle England and well clear of the festering metropolitan bubble this 23rd day of March 2019.

17 thoughts on “Many Things Wicked This Way Come”