This photo was taken by Steen at Svanemølle Bugt on the Øresund in Copenhagen: 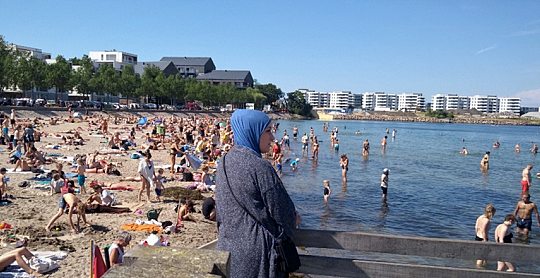 18 thoughts on “And Never the Twain Shall Meet”