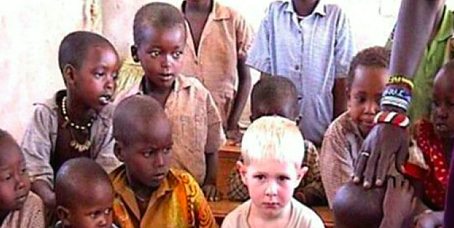 It’s Soylent Green in the land of the whiteys

Let’s begin with the last: the land of the whiteys. That is now The Netherlands, and it’s official. The public broadcasting board NOS (you can easily see this as our equivalent of the Reichsministerium für Volksaufklärung und Propaganda) has decided to call people of Caucasian extraction white people.

Dutch and English are very closely related. In fact, Dutch is closest related language to English after Frisian. We share a lot of words, too. Some of our shared words can have different meanings. We use the word ‘blank’ for white people, where English would use Caucasian. In Dutch the word ‘blank’ can also mean cream or off-white colored (blanke vla = cream colored/off-white pudding) or empty (een blank gezicht = a blank face). But usually it is used to describe a white person, and has no attached positive or negative meanings.

Enter the NOS. Which means to enter the maze of complexity called the Dutch Broadcasting System. The famous labyrinth in Knossos is a walk in the park with guided directions… When radio was invented, the Dutch lived in the ‘pillared society’.

People of different religions or political conviction lived next to each other without much interaction. I was born catholic. That means my parents called for an RC midwife. They were living in the RC housing estate. My dad worked as a civil servant, otherwise he would have worked for an RC employer. My sister and I went to an RC kindergarten, primary and secondary schools, and when my father got ill, he was taken to an RC hospital. Much later he died, and you guessed it: he was buried in an RC cemetery by an RC undertaker. I joined the RC boy scouts, and we were, of course, a member of the KRO, the RC broadcaster (KRO = Katholieke Radio Omroep). My parents voted for the RC party (KVP) and later on, when the KVP merged into the CDA, for that party. There was very little interaction with people of different faiths. We didn’t hate them; we mainly ignored them. They were the people living next door. You just said, ‘Hi, how are you?’ Nothing more. I don’t recall as a lad that we ever visited someone who was not RC.

Every pillar — the RC, several branches of Protestantism, socialism and liberalism — had its own system. That included a public broadcasting corporation. In those days the government controlled the media and didn’t allow commercial broadcasting. I don’t recall advertising on the radio, but I was a wee lad back then. When television came along, small blocks of ads were shown before and after the news and nowhere else. As kids we really liked the ‘STER reclame’. The broadcasting corporations were funded with a radio/TV tax and subscriptions. They had the monopoly on TV guides, and protected that source of income fiercely.

During the ’70s and ’80s that pillared society disappeared. You might also say that the socialist and liberal pillars absorbed the others and all became multicultural. The monopoly on TV guides was fought in court and abolished. Essentially by then the only reason to belong to a broadcasting society was exactly that TV guide. Cable TV came along with many foreign channels. And the Dutch broadcasting system changed completely. Now it modeled itself on American 24/7 TV with full advertising in the programs. And commercial radio and TV were permitted.

This whole system was managed by the NRU (Nederlandse Radio Unie), renamed into NTS (T for Television) and again into NOS (Nederlandse Omroep Stichting) which it is today. Mind you, it was a managerial organization, not a real broadcasting corporation. At first they only broadcasted the national news with the advertising blocks, plus some major events that couldn’t be handled by broadcasters alone. But then they very quickly grew in size and importance and are now a real broadcasting corporation. The one that controls everything.

The NOS is supposedly neutral, but in reality extremely left-wing. Attempts to set up a conservative broadcaster have failed. Either they “didn’t meet the requirements” or were bribed into the (progressive) system. POW Ned is a good example. The very popular blog GeenStijl.nl set it up, as a counter to left wing propaganda. Very quickly Pow Ned accepted extensive funds to set up shop, but those funds came with conditions… In essence they were bribed not to broadcast anything offensive. Geenstijl no longer supports Pow Ned, mainly for that reason.

You may think there are a lot of different stations, but that is a kind of North Korean difference. The different public broadcasters were merged into much larger entities, where — surprise, surprise — anyone who was not extremely progressive was removed. What you see on one station is exactly the same as what you see on another. So yes, we do have variety. But it’s station KIM 1, KIM 2 and KIM 3 up to KIM 12 or 14, I think. The programs are shared, the presenters are shared, but the contents is invariably the extreme-left fringe of progressiveness.

What the NOS very carefully not says is that ‘wit’ in Dutch language infers the exact opposite. The Dutch never use the word ‘wit’ in relation with race other than very negative slang. ‘Wit’ can be translated directly as ‘whitey’. That word is a plain insult in American English. Perhaps they can rename Holland “Honkyland”? A heck of a lot of whiteys live there. Just a suggestion, mind you.

Now Soylent Green. The government is keen to get hold of your remains for recycling. Despite a lot of effort there are not enough medical donors. Too many people are on waiting lists for transplants. So, what can you do? Toss a large bag of money on another failing campaign? Possible, but a party found a much cheaper solution. D66 (Democrats of 1966) came with the brilliant idea of turning the system around. At present transplants can only be taken from people who signed in on the donor list. Anyone who doesn’t carry a note stating they allow their body to be used for transplants cannot be used. Body parts can only be taken from people who signed in.

Two birds with one stone: if you object, you need to carry a note on your body at all times. If not, and you die in, say, a traffic accident: harvest whatever you find useful. Supposing the grieving relatives complain? Oh, very sorry. But too late. We can’t put it back in again, can we?

It’s too soon to turn those useless remains into soap or food. But that’s just a matter of waiting for the right moment. That’s one. The second one is that someone who is unwilling to donate organs after his or her demise makes it extremely easy to tar those objectors into antisocial parasites. “What, you refuse to be a donor? Well, in that case, no organs for you!” Or they might, in the future, cut back on welfare. Or make this discretely known to your employer, hinting that such anti-socials shouldn’t be there.

That’s not my sarcasm at work. People who post too many positive things about the PVV on Facebook already get a visit from the police. “No, you haven’t done anything against the law. We’re just checking. Did you know that some people complained about you? Better be careful in the future. Have a nice day!”

There is as you can understand one proviso: islam. It is strictly forbidden in that religion to donate organs. So, if you look mohammedan or are one: you’re safe. That is not written in the law, but do I really need to spell it out?

Parliament has already approved it. Only the senate can stop it. Fortunately, the D66 minister did her absolute best to piss off the right honorable lords senators. On a senatorial question about guarantees she snipped: “Guarantee? That’s something you get on a vacuum cleaner!” The senate has adjourned and will decide in a fortnight. I expect this law to pass anyway, because if they return it, it might cause the cabinet to resign. Remember, the coalition has an majority of exactly one seat…