A top Islamic lobbyist in Germany is boasting about his excellent connections to the German establishment in a series of tweets.

He isn’t just an ordinary guest on the party convention of Merkel’s CDU that is taking place today:

“We are guests of honor on all conventions of our democratic parties in Germany, and on the #cdupt [CDU party convention 2018]” 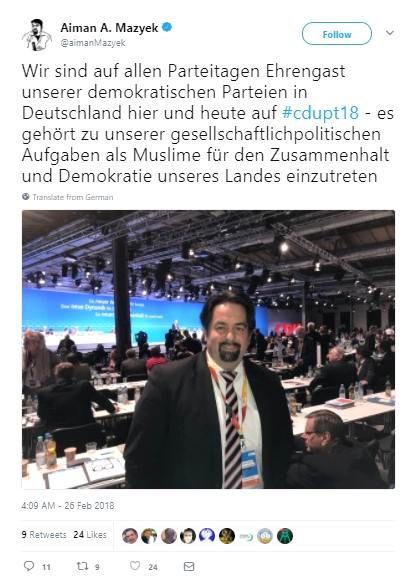 The clause “all conventions of democratic parties” appears to be a dig at the Islam-critic partyAfD (Alternative für Deutschland), who do not invite Islamic lobbyists to their conventions. Mr. Mazyek seems to imply here that only a non-democratic party would not have him as a guest of honor.

The AfD now come second strongest in opinion polls in Germany, while the two established, and traditionally largest parties, Merkel’s CDU and the SPD, have seen their historic lows in the recent elections.

Nevertheless, they have been in negotiations for weeks now to form another ‘Grand Coalition’ government for the next four years, while the AfD is the strongest opposition party in the Bundestag.

Aiman Mazyek is chair of the ZMD, Council of Muslims in Germany, a frequent talk show guest, and not just the German mainstream media’s darling: 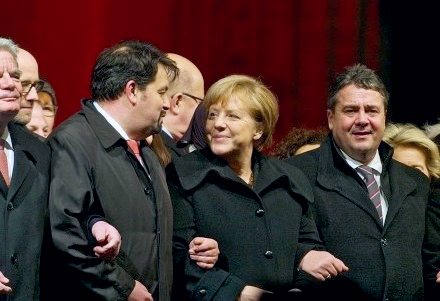 His organization ZMD was founded as recent as 1994, their name mimicking the long-established ZJD, Council of Jews in Germany.

Another tweet by Mr. Mazyek earlier indicates what to expect from the new German government: 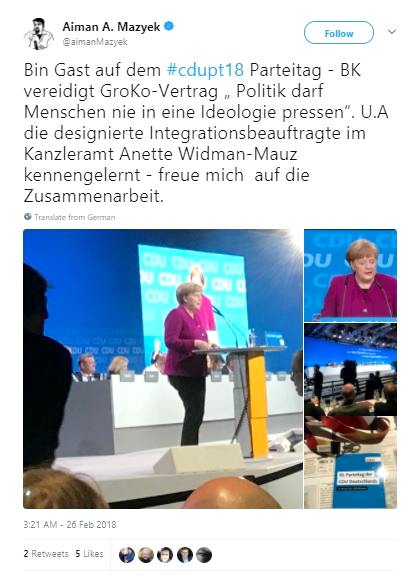 2 thoughts on “German Politics: It’s Nobody’s Business But the Turks’”