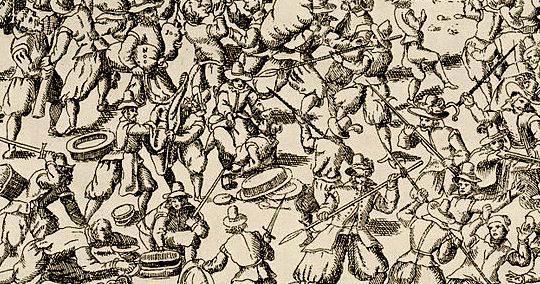 The other day Dymphna posted about the intersection of California’s new law declaring itself a “sanctuary state” and the recent catastrophic wildfires that have devastated areas in the northern part of the state. Earlier today a commenter named NMObserver left the following remarks on that post:

A question that I don’t see being asked is how much money Gov. Brown has accepted from Mexican drug cartels. What other reason could there be for this man to sell out his own country and his fellow citizens? His actions simply further the Mexican colonization of California. The same question needs to be asked about other California officials like Xavier Becerra and Fabian Nunez and Eric Garcetti. And then there are all the California assemblymen that have no trouble voting to turn CA into a sanctuary state. Probably many of them have also been bought with drug money.

The commenter had touched upon one of my pet topics. This was my response:

Yet somehow Governor Moonbeam actually obtained the votes necessary to get elected. The Aztecs and MS-13 members aren’t enough to account for that. Millions upon millions of white, native English speakers voted to have this man as their governor.

Scale it up, and a similar process elected Hussein as president. Twice.

The core problem is the fact that a large proportion of the productive white native English-speaking population assents via the ballot box to what is happening, over and over again. Willingly, even eagerly. With pride in their own virtue for putting these corrupt criminal traitors in charge.

THAT is the core problem. Until it is addressed and dealt with, nothing will change significantly. The bus will continue its trajectory over the cliff.

The same may be said of Western Europe. A different cast of characters — Africans and Muslims instead of Aztecs, and far more socialism than even California has — but the same process is underway.

As satisfying as it is to blame political leaders for our current dire situation, even in the most thoroughly propagandized and socially controlled Western countries (think: Sweden) it is possible to unseat elected leaders via the ballot box. When enough rascals are thrown out, major policy changes will be implemented, and a different political game will begin.

Yes, election fraud can give a particular candidate victory over an opponent, but only at the margin. When dissatisfaction is widespread enough, fraud is not enough. The election of Donald Trump is proof, because his opponent tried every dirty trick in the book (and made up some new ones) in an effort to keep him out of power.

But Trump’s victory is a rarity. It does not change the fact that the electorate is deeply polarized, and came within a hair’s breadth of electing a third term of Obama by putting a pants-suited white termagant in the White House.

How is it that voters throughout the West keep voting for the destruction of their own nations and cultures?

How is it that people keep re-electing the same politicians who ignore their wishes, over and over again?

This is the core problem, the one that deserves our undivided attention.

Don’t focus on political parties, or treasonous leaders, or even the creeping influence of Cultural Marxism. Concentrate on figuring out what it might be that induces your neighbors to believe ideologies that lead them to install traitors in power and give them carte blanche to destroy their own countries.

Because you know these voters. They are not fanged monsters emerging from a fetid pit in the dead of night. They are your workmates on the job. They are in the congregation of your church. They are your brothers-in-law, and your nieces, and your cousins. And maybe even your spouse.

Ubiquitous television propaganda must be part of the explanation. But it still leaves us asking: how is it that so many people accept that propaganda as the truth? Why do they believe whatever their TV tells them to believe, while you don’t?

What makes them different?

And most importantly: What can you as an individual do to help enlarge the pool of those who are not fooled by the TV?

I don’t have the answers to any of this. I’ve been studying the problem closely for almost ten years, and I’m still mystified.

The only explanation I can come up with is that some sort of mass insanity has taken hold.

But even then we’re left with the question: Why do some of us fail to succumb to it?

It’s the great mystery of our time.

152 thoughts on “The Core Problem, Again”