Elections are coming up in the Czech Republic. The poster below shows Tomio Okamura, the head of the SPD party (Freedom and Direct Democracy), a very influential man: 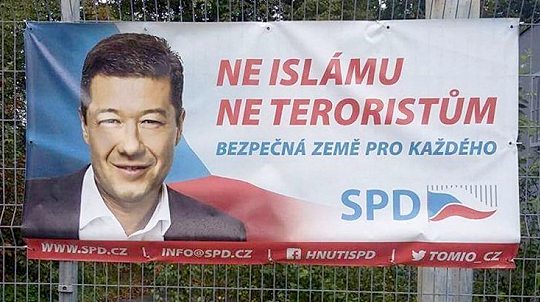 No to Islam
No to terrorists
A safe land for everyone

Thanks to Xanthippa for the translation. Hat tip: Green Infidel.

15 thoughts on “No to Islam in the Czech Republic!”