Tania Groth is the leader of the Danish anti-Islamization group For Frihet (For Freedom), which is also the Danish chapter of PEGIDA. As we reported last week, she recently received an implicit threat from Danish leftists, who spray-painted “We know where you live” on her front door.

Last Sunday the pro-Caliphate activists of Hizb ut-Tahrir held a demonstration in Copenhagen. When the volunteers of For Freedom gathered in the same part of town to stage a counter-demonstration, they were pelted with eggs, glass, and rocks, but the thugs who launched the missiles were “anti-fascists” rather than Muslims.

Fortunately, the police were on hand to prevent any serious damage to the For Frihet people. In the video below Tania Groth tells her story to Vlad Tepes in a skype interview:

Below are some photos of the day’s events. The first one shows a culture-enricher proudly displaying al-raya, the black flag of jihad: 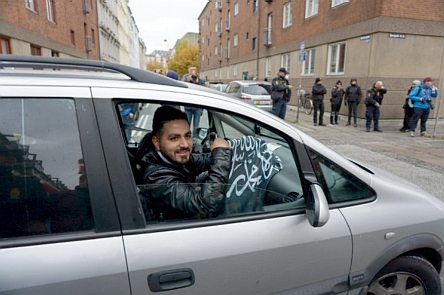 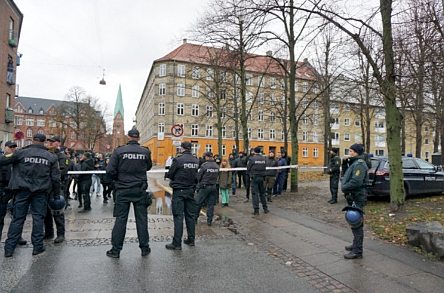