The following report was written by the Counterjihad Collective after several members attended an EMISCO side event today at the OSCE/HDIM conference in Warsaw. 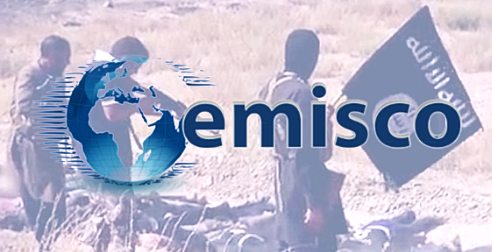 This morning’s side event “The Consequences of Islamophobic Discourse in the European Political Parties” was hosted by EMISCO and chaired by Bashy Quraishy, the General Secretary of EMISCO (European Muslim Initiative for Social Cohesion). the panel was top-heavy with speakers giving country reports on Islamophobia in Europe.. The presentations seemed forced and overloaded in the sense that little time was able to be allotted for questions. 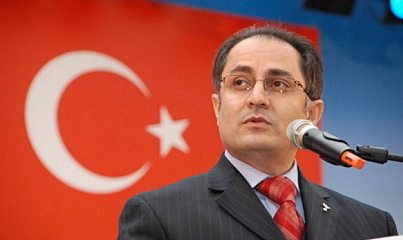 The forum was structured so that the closing statements, given by Bülent Şenay, were delivered after the question-and-answer period to ensure a final word. The panel seemed defensive, with panel members making strident statements about various political parties, labeling them as “racist” and “Islamophobic”. Building on narratives emphasized in 2014, their efforts were aimed at escalating the Islamophobia rhetoric in the guise of racism and gender, with all of the women appearing in head coverings, amid a constant reference to the wearing of headscarves. Also of note was a peculiar omission: the materials associated with side event did not provide the names of the briefers.

Because EMISCO and the Turkish complement were force to acknowledge that the term “Islamophobia” lacks a definition, this question was presented again in this forum. The other question concerned the definition of “new form of racism not based on skin color” and “manifestations of racism” as well. The panel did not answer the question on racism. Quraishy answered that Islamophobia was not about reasonable disagreements. In his closing remarks, however, Bülent Şenay became visibly agitated, went off his prepared notes (he said) and forcefully declared that our asking the question was both Islamophobic and ridiculous because “we all know what it means” and hence “I won’t define it.” He went on to insist, however, that “we must define Islamophobia as a crime.” Of course, defining Islamophobia is an issue because criminalizing an activity that lacks a definition is a serious civil rights and verges on the criminalization of thought.

Professor Bülent Şenay speaks under color of some authority, which makes his observations something more than just the comments of a professor. The professor sits on the OSCE Human Rights Advisory Council, is a founding member of the Governing Board of EMISCO, and was the Diplomatic Counsel¬or for Religious and Cultural Affairs at the Turkish Embassy in The Hague from 2008 to 2012. In September 2013, Professor Şenay oversaw the drafting of a declaration that defined Islamophobia as “a groundless fear and intolerance of Islam and Muslims” that is “detrimental to international peace” such that there “should be recogni¬tion of Islamophobia as a hate crime and Islamophobic attitudes as human rights violations.” The declaration was written for the “International Conference on Islamophobia: Law & Media” in Istanbul, which was co-sponsored by Turkey’s Directorate General of Press and Information and the OIC. At the conference, Turkish President Erdoğan stated that “Islamophobia” is a “kind of racism” that is “a crime against humanity.” In 2014, Şenay felt comfortable chiding the Western audience by saying, “if I were to present a particular favor, this would be the title, ‘A New Cultural ISIS — International Strong Ignorance Syndrome’” as he presented his briefing with the title, “Is¬lamophobia in the 21st Century: International Strong Ignorance Syndrome in Europe (ISIS).” In doing so, Şenay was suggesting that the extremism was in the reactions of the West, not in the acts of ISIS.