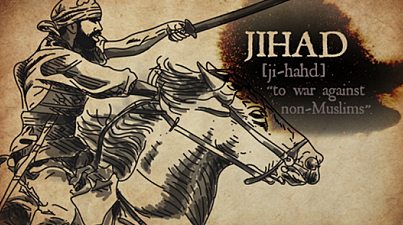 The video below was originally posted on YouTube by Counterjihad.com, the latest project of the Center for Security Policy. A couple of days ago it was taken down by YouTube for violating their “hate speech” rules.

Take a look at it: you’ll see that it’s pretty mild as Counterjihad videos go. Pat Condell is far more “hateful”. And Robert Spencer hits harder in most of his videos than this one does. But more to the point, this is lovey-dovey compared with the mildest of videos put out by Muslim zealots on YouTube. Take a look; lots of them are still there.

So why was it taken down? My guess is the explicit naming of CAIR, ISNA, etc. as Muslim Brotherhood front groups. A few powerful MB agents probably contacted YouTube and told them what they needed to do if they wanted to continue to lead a quiet life.

In any case, private corporations such as Google are now doing the work that the federal government has trouble doing because of that pesky atavistic impediment known as the Constitution of the United States. Google and Facebook and Twitter don’t have to sweat the Constitution, so they can ban whatever speech they like. In this case they’re banning “slander” (ghiba) as understood by Islam. From Reliance of the Traveller, Book R “Holding One’s Tongue” (r2.2):

This is Islamic law, so “person” means “Muslim”, and mentioning the relationship between various Islamic groups and the Muslim Brotherhood is obviously something they dislike.

Many thanks to Vlad Tepes for uploading this video to LiveLeak:

Below is the press release sent out by CSP after its video was yanked:

(Washington, DC): For ten years the world’s largest and most powerful Sharia-supremacist organization — not the Islamic State, not al Qaeda, not even the Muslim Brotherhood, but the Organization of Islamic Cooperation — has worked to compel the entire world to observe Sharia blasphemy restrictions. In 2010, with help from Barack Obama and Hillary Clinton, they succeeded in getting the UN Human Rights Council to adopt Resolution 16/18 which effectively calls on every nation to prohibit expression that offends Muslims and to punish those who do so.

The European Union adopted highly restrictive “hate speech” bans. A number of the continent’s most prominent freedom-fighters have been prosecuted under these laws. 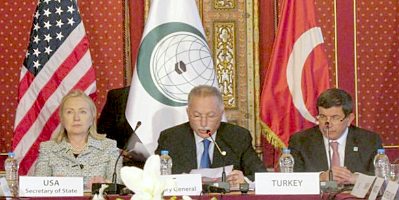 In 2011, then-Secretary of State Hillary Clinton announced that, notwithstanding the First Amendment, the U.S. government would use “old-fashioned techniques of shaming and peer pressure” to discourage such expression.

In response at least in part to such official pressure about offending Muslims, perhaps combined with corporate preferences, social media giants including Facebook, Twitter and YouTube recently announced the implementation of new “hate speech” prohibitions on their platforms. Ostensibly, they would impede the extensive use IS and other terrorists have been making of their services.

It was predictable, however, that these new media organizations would wind up censoring those whom Islamists abhor — especially, those who tell the truth about and, therefore, help impede the Shariah-supremacists’ global jihad movement and agenda.

A case in point was the recent removal by YouTube of a powerful new video produced by the Center for Security Policy’s CounterJihad Campaign.

Everyone in America should see this video — and demand that YouTube reinstate it at once. The Center will be redoubling its efforts to prevent this sort of suppression of free, and necessary, speech.