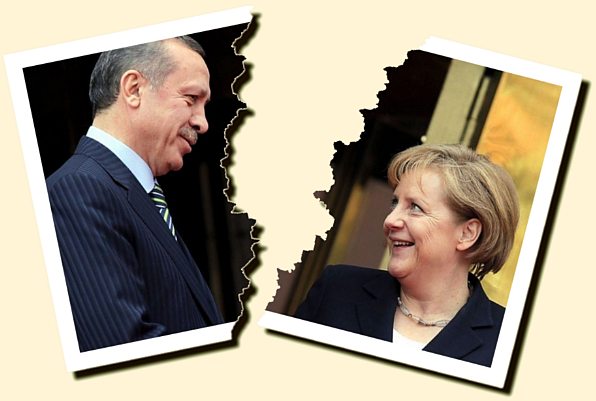 As we reported yesterday morning, the German Bundestag has voted to recognize the 1915 massacre of the Armenians by the Ottomans as a genocide, thereby incurring the ire of the Turks, and especially President Recep Tayyip Erdogan.

The news report below aired the day before the vote. It’s a useful reminder of all the different ways that Turkey has been a thorn in Germany’s side: Mr. Erdogan’s reaction to the obscene poem satirizing him, the Turkish demand for immediate visa-free access to the Schengen Area (without living up to the terms of the “refugee” deal), the Qaddafi-like threat to unleash millions of additional migrants on Europe, and now the new threats against Germany over the Armenian Genocide vote.

Well, the Germans have defied the Strutting Popinjay of Ankara, so what now? Will Recep Goat-Boy release the migrants, as per his threat? That’s really the only card he has to play at the moment — “Do as I demand, or I’ll dump a million more jihadis and rapists on Europe.” After he plays that one, he doesn’t have anything left in his hand.

And why the sudden change of course by Angela Merkel? Up until yesterday she was Recep Tayyip Erdogan’s sweetheart, and now she’s dumped him. Is there another tall, dark, handsome man in the picture?

Or maybe a short, balding man who used to be a KGB agent in Dresden…?

16 thoughts on “Has Lover-Boy Erdogan Been Jilted by His Sweetheart?”