Here’s another meme from Matthew Bracken. This one not only covers General Petraeus, but also the downing of EgyptAir Flight 804 (which as of this writing was not definitively brought down by a terrorist bomb, but it sure looks like it — most likely the work of the Islamic State): 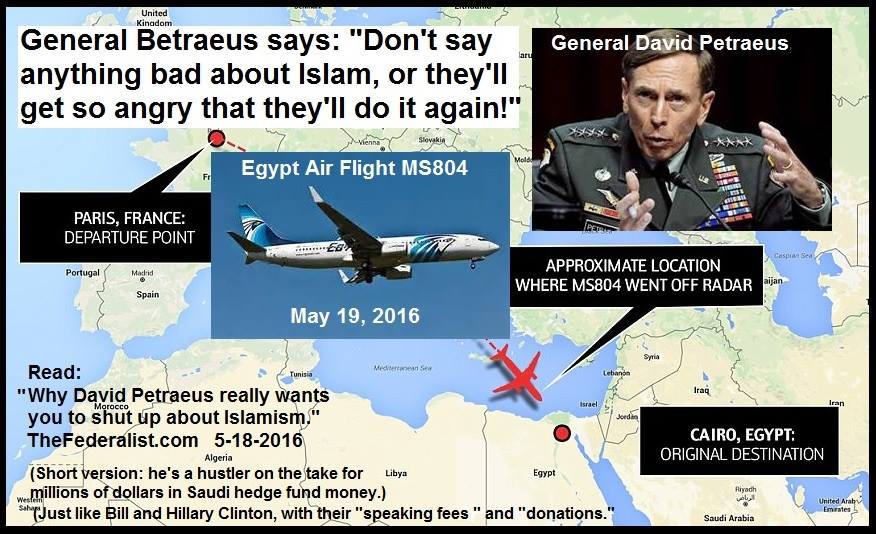 13 thoughts on “Somebody Must Have Insulted Islam Again”