This post excerpts from a recent essay by Edward Cline, author of several books and an online opinion writer. He runs a website called The Rule of Reason.

Mr. Cline’s site includes links to his books. Definitely worth your time…

Below are excerpts from his essay about the ways in which Diana West’s book threatened leading American neoconservatives. He has some intriguing explanations for their otherwise inexplicable behavior.

One of the most significant critical phenomena occurring within the last five years was the persistent and oftimes viciously personal neoconservative (“neocon”) attack on Diana West’s compelling and thoroughly documented account of how the U.S. lost World War II because of Soviet infiltration and manipulation of the Roosevelt administration. These machinations were fiddled not so much by Josef Stalin, as by his fifth column and domestic politburo of American Stalinists and an obliging U.S. president, Franklin D. Roosevelt. The book is American Betrayal: The Secret Assault on Our Nation’s Character

I reviewed Diana West’s path-breaking book in May 2015 in my Rule of Reason column, “Blaming the Right Culprits.” In it I wrote:

Diana West has performed yeoman’s work in exposing the Soviet-FDR connection in American Betrayal: The Secret Assault on Our Nation’s Character. She has aired out America’s dirty laundry and hung it out to dry. Neocons and other strange creatures attacked her for contradicting their over half-century-old meme that FDR was a blameless dupe of Joseph Stalin and that there were no real Soviet agents and fellow travelers in FDR’s administration.

Such were the number of attacks and the personalities making them that she had to write another book to counter all the lies, misconceptions, academic pufferies, character assassinations, and misrepresentations about her and American Betrayal in those attacks, in a second book, The Rebuttal: Defending ‘American Betrayal’ from the Book-Burners

. I followed this ongoing exchange between West and her detractors from Day One….

What is it that a neoconservative wants to “conserve”? A neocon is someone who is an ex-leftwing “radical” who finally understood the error of his ways, recanted, and joined the Non-Fight Club.

We’re neocons! We’re ex-communists and ex-socialists who have seen the light and acknowledge the horrors visited upon millions of people by those collectivist ideologies in practice. What, however, are we for? We’re for the status quo! Whatever that is or may be at any given point… 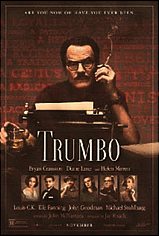 The occasion for this column is the review of a new movie, Trumbo, by Ronald Radosh, who participated in a veritable witch-hunt to discredit — nay, destroy — both West’s book and her intellectual, scholarly, and moral bonafides. PJ Media ran his November 26th review of the film, “Red Star Falling: The Trumbo Train Wreck”.This was a follow-up review of his November 2013 predictive critique of the film before it had been made, “Will the New Trumbo Movie Rehash Old Myths?” in National Review.

Radosh’s review of the Trumbo movie is fair-to-middling. Not a trace of malice can be detected in his appraisal of the film or of its subject, Dalton Trumbo, one of the “Hollywood Ten” who refused to testify before the House Committee on Un-American Activities in 1947 concerning Communist influences in Hollywood and the sly boots campaign by many directors, screenwriters, and producers to indoctrinate Americans from the big screen.

When it was announced two years ago that Bryan Cranston would play Dalton Trumbo in a new movie about the late blacklisted Communist screenwriter, I wrote an article for National Review that asked a simple question: would the film be honest and portray Trumbo accurately, or would it perpetuate the myth of innocent and victimized Hollywood Reds?

Indeed, because of this piece, the producers and/or the publicity people of Bleecker Street Cinema claimed that I had “trashed the film” in advance and barred me from the screening, thus preventing me from writing about it for a national publication. One could say that Bleecker Street Cinema blacklisted me — but we all know they are against blacklists….

Now we have the latest incarnation in the film Trumbo, starring Cranston as Trumbo, Louis C.K. as one of the Hollywood Ten, Helen Mirren as Hedda Hopper, Diane Lane as Trumbo’s wife Cleo, and John Goodman as a schlock film producer for whom Trumbo wrote lousy films under a pseudonym while blacklisted. The film is good at recreating Hollywood in that era, but does exactly as I feared.

The film presents Trumbo as a hero and martyr for free speech, a principled rich Communist who nevertheless stands firm, sells his beautiful ranch for a “modest” new house in Los Angeles, and survives by writing film scripts — most run of the mill but some major films (such as the Academy Award-winning Roman Holiday) — using a “front” who pretended to be the writer. Trumbo brought in other blacklisted writers to do likewise, his theory being that if enough films were scripted in this way, when the truth came out, the blacklist would end. Trumbo was right. After it was revealed that he would write the movies Exodus and Spartacus, the blacklist was effectively over. At the same time, Trumbo is shown as having an extraordinary work ethic — working day and night to support his family, while existing on alcohol, nicotine, and amphetamines.

While Trumbo was an interesting and colorful character, the film gives us the story of the Communists and the blacklist in the mold of the Ten’s own propaganda book published after their HUAC appearances. The book is Hollywood on Trial; The Story of the 10 Who Were Indicted (The Arno Press Cinema Program. the Literature of Cinema)

, which portrayed them as advocates of free speech who were defending the American Constitution, civil liberties, and American freedom itself.

Fair enough. In both the National Review and PJ Media articles, Radosh reveals some unsavory details about Trumbo’s character and actions. Read them for yourself. He was a Stalinist, and then he wasn’t one when the truth came out about Stalin’s horrendous policies and body count. Then he apparently threw up his hands and became…a neocon, in every way but name, in a manner of speaking. Radosh and his colleagues in calumny did not wish to acknowledge itinerant conversion. Trumbo became a neocon just as the three former Left Wing individuals and activists had — Radosh, David Horowitz, and Conrad Black — who later pilloried Diana West for writing an anti-Communist book about the scope of espionage and manipulation of U.S. policies and strategies during WWII.

Dalton Trumbo, Alger Hiss, the Rosenbergs — these were “soft targets” for the neocons. Easy pickings. They can be condemned or criticized. Radosh even wrote a September 2008 piece for The Los Angeles Times about how guilty the Rosenbergs were, “Case closed: The Rosenbergs were Soviet spies”. This was a Johnny-Come-Lately piece (by thirty years) on which is based Radosh’s claim-to-fame.

So, the questions to ask [are]:

Mr. Cline has more questions, more information and some proposals as to why three Malicious Old Men fell all over themselves as they jostled for position to be the one to finally push Diana West down the stairs.

To finish reading this essay, go here. Then scroll down to this passage to pick up where I’ve left off:

“If West was so wrong, why did they feel it absolutely necessary to berate and belittle her now?”

21 thoughts on ““The Selective Amnesia of Neocons””