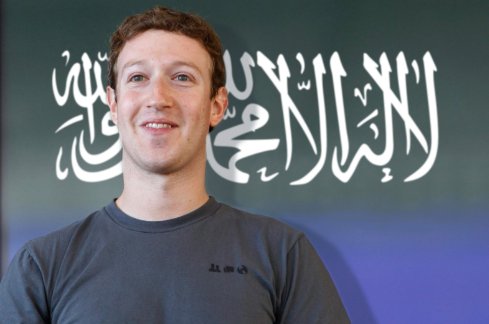 A couple of months ago, as Chancellor Angela Merkel was facing ever-increasing scorn and criticism on social media from ordinary German citizens, Minister of Justice Heiko Maas demanded that Facebook do more to suppress “hateful” opinions on the German branch of its site. Mark Zuckerberg and his underlings clicked their heels and cried “Jawohl!” in response, and now their promises have been fulfilled.

Among the first “haters” to feel the effects and be banned from Facebook were our friends Michael Mannheimer
and Michael Stürzenberger, who are well-known to regular readers of this blog.

In the middle of September, Minister of Justice Heiko Maas summoned Richard Allan from Dublin, who is responsible at Facebook for political matters in Europe. Maas blatantly demanded censorship of alleged “hate”-filled content, but he was no doubt most interested in Islam-critical publications. Two and one-half months later, Facebook announced its implementation: the pages of Michael Mannheimer and Michael Stürzenberger, for example, were completely banned. although only demonstrable facts about Islam could be found there.

On September 15th, the Süddeutsche Zeitung reported on Maas’s meeting with Allen:

Facebook is to eliminate the countless hate comments left on the platform by dimwitted users, much of which is repulsive, misanthropic and possibly even legally actionable…

Further, Facebook will put aside some funds for non-governmental complaints in Germany…

At the time, the Süddeutsche Zeitung was doubtful that Facebook would carry through with this drastic reduction of freedom of expression. To its great joy, it finds it is wrong, and the machinery of censorship rolls out. Michael Mannheimer reports on the Facebook ban:

These are the fruits of the Merkel regime. The “chief” met personally with Zuckerberg and her Minister of Justice Maas talked turkey with the responsible agent for Facebook in Germany. That was a few weeks ago. Mannheimer was the first one affected: Nothing more of his on Facebook. Then, ba-da-bing: Stürzenberger and Ester Seitz were banned on Facebook. I got the following cellphone message from Stürzenberger: “Another ‘success’ is that Facebook has now extinguished both my pages with 10,000 friends. Result of a meeting of Minister of Justice Mass with the responsible persons several weeks ago, which resulted in a censorship authority being established…”

Through his attempts to silence Islam critics, Maas’s fascist attitude toward freedom of opinion becomes clearer and clearer. Bit by bit, his methods are implementing GDR 2.0. Lafontaine’s[1] former student is honoring his dark red mentor. Der Spiegel reported on September 14th that this enemy of freedom of expression intends to create his own work group for his censorship machine:

He will found a work group, not only with Facebook, but with other social networks, with NGOs and with “politics.” There is going to be a debate about hate on the net again.

Enlighteners on Islamic matters who engage in factual argumentation are silenced with the pretext of combatting “hate.” Who knows what other repressive measures this minister of justice would introduce if he could do what he wanted. To be sure, this Maas manikin is small of stature, but with an intellectual inclination that is highly dangerous for freedom and democracy. Complicating matters is the fact that he either has no clue about Islam, or is lying, as is shown by this idiotic statement:

“Anyone who murders in the name of the Prophet is committing an assault on Islam.”

Absolutely false. A Muslim who murders in the name of the “Prophet” is executing exactly the commandments of the Koran, imitating his perfect role model Mohammed, and is carrying out an attack on the inferior “infidels” as ordered by Allah. He isn’t attacking his religion, which has unmistakably ordered him to do exactly this.

Maas’ latest demands, to “show more tolerance” for Islam, to place it on equal footing with the Church as an institution of public law and conclude appropriate governmental treaties, fits into this line of thought and approaches high treason against the German people and any non-Muslim foreigners living here. Maas is collaborating intensively with this murder-glorifying, totalitarian and inhumane ideology in the guise of a “religion”.

To contact Facebook in the future about its censorship methods you can register at the Russian variant vk.com.

To contact the Ministry of Justice about replacing their busy-work ministers: poststelle@bmj.bund.de