There has been much speculation about whether there are any terrorists for the Islamic State or other terror organizations among those “refugees” now streaming across the Balkans and Hungary into Austria and Germany. The following article from Zukunftskinder should put such speculation to rest: Yes, there are confirmed sightings of ISIS mujahideen amongst the migrant flood. And there are probably many more.

Are IS Terrorists already among us, disguised as refugees?

About a month ago, there was a report in the Badische Zeitung that a asylum seeker camp in Baden-Württemberg apparently had housed a suspected IS terrorist, that then was arrested. Interestingly, two days later the Sächsische Zeitung reported that the German government claims no knowledge about the possibility that IS terrorists disguised as refugees are being channeled into Germany.

Is this all just fear- and panic-mongering, or are things being glossed over and covered up?

If you look at these pictures currently circulating on Twitter, you can clearly see a different tune! In one picture, for instance, you will see a reporter from Estonia posing next to a fighter of Al Qaeda. But barely two years later, the reporter meets the same man again, dressed like any regular refugee, on his way to Germany. 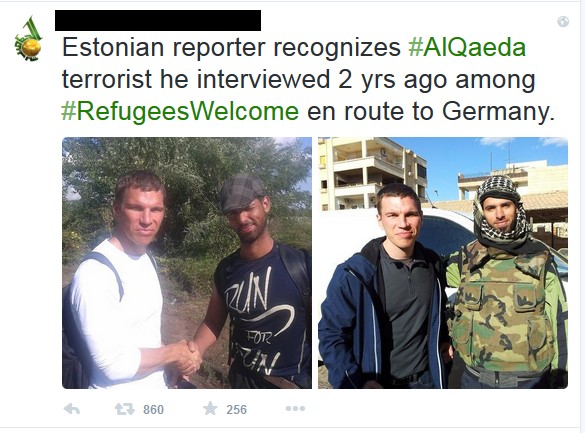 On another picture we see how a fearless ISIS fighter poses with two very impressive weapons, and just a few short weeks later he stands and poses at the main train station in Munich, Germany. 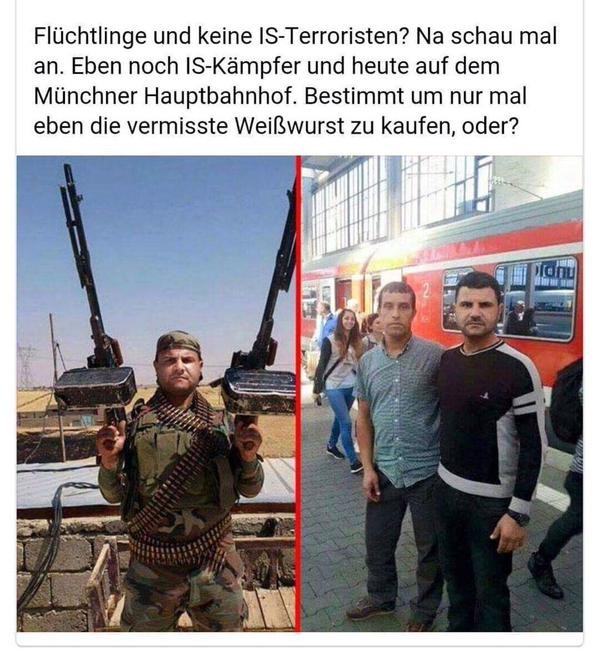 And then there’s the poor, traumatized “refugee” with the birthmark on his cheek. He was spotted at the Macedonian border, making his way to Germany. 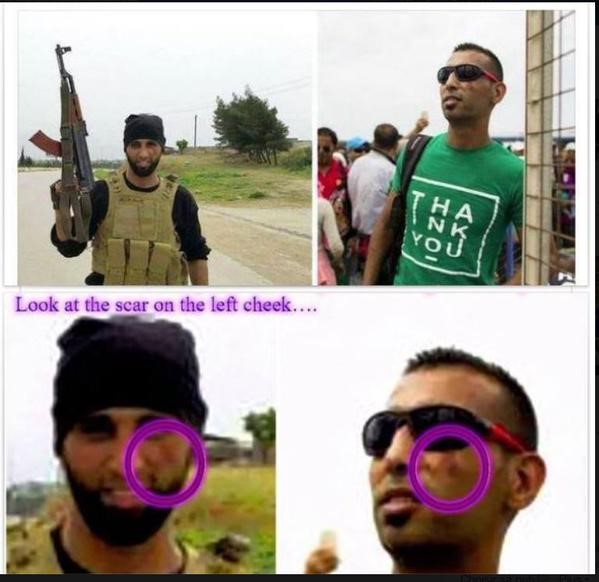 So it’s up to us to sit here, in pregnant expectation, and figure out just how many of these ticking time bombs are mingling with the regular “refugee” crowd. More than likely, blood will have to be spilled before our politicians will even acknowledge the danger.

5 thoughts on “The Terrorists Are Already Among Us”