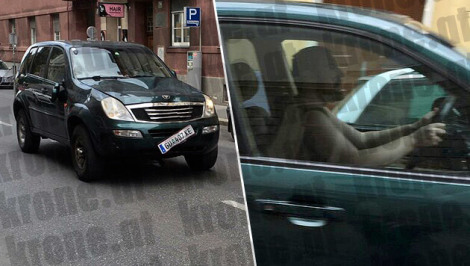 The following second thoughts about last week’s “car jihad” attack in Austria were published a few days ago in the Kronen Zeitung. Many thanks to JLH for the translation:

“The danger of more attacks during Ramadan is considerable,” opines the Near East expert Karin Kneissl after the terrorist murders in Tunisia and France. And she has doubts about the official version of the tragedy in Graz. “The additional knife attacks took me aback.”

“Ramadan is not a month of ceasefire. No. The Islamic fasting month is a time of emphasizing strength,” the Near East expert reminds us in her conversation with KRONE about the situation in Iraq. “Starting in 2005, we have the first bloody attacks during Ramadan in Iraq. Always after incitement by preachers.”

The danger for Europe is great: “As with the most recent murder in France, we are dealing with an enemy from within. The perpetrator is not radical as a result of joining a terrorist organization, but because he has constructed his own fanaticism.” Federal intelligence agents call these perpetrators “lone wolves,” who live in Europe unnoticed for years, before they strike. Kneissl: “Creating a perpetrator profile is incredibly difficult in such cases. How do we decide who is a case for psychiatric treatment and who is a terrorist?”

And into what group of terrorists does the amok driver of Graz fit? The Near East expert’s formulation is cautious: “The knife attacks afterward… that surprised me. You see, on September 20th of last year, ISIS instructed that there should be attacks with knives or cars.”

Before the raging bloodbath in Graz, there were similar murderous attacks in Canada, Israel and France. “These amok driving episodes must be evaluated as terrorist attacks,” says Kneissl. And about the incident in Austria, she says: “I also don’t see why the incident in Graz would have been an act of passion — 3 weeks after the marital dispute and the [above-mentioned] instructions?”

The expert also calls it “strange” that the government within 90 minutes gave psychosis as a cause, She is critical of “the manner and speed with which other motives were precluded.”

The threat for Europe is serious

Kneissl has already pointed out several times that the threat for Europe is serious: “Warnings have come to Europe and Interpol. They were informed. We also have to assume that even more will happen in France. We are now feeling how close Europe is to the Near East. The USA is pulling back — and Europe is left sitting on the rubble.” Kneissl does not wish to unsettle anyone, “but all citizens must be wide-awake and pull together. Talking as if the problem does not exist will not help.”

(Photos: The Sousse assassin poses with weapons, then killed 38 people. Driving amok horrifies in Graz. Expert Kneissl doubts the official version. After an attack in France, Islamic banners were found.)

6 thoughts on “Ramadan is the Month of Jihad, Even in Austria”