Beginning on New Year’s Day in 2014, and continuing for a few weeks afterwards, this blog featured in-depth coverage of the explosion and fire on Cedar Avenue South in Minneapolis, in a Somali neighborhood. Official obfuscation about what occurred began as soon the FBI and DHS arrived on the scene 24 hours after the explosion, and it has continued ever since. While the building was still smoldering, city and federal officials said the incident had “nothing to do with terrorism”. They immediately designated the cause as a gas leak, despite the insistence by the gas company that no such leaks had occurred anywhere in the area that day.

A hasty demolition of the building began as soon as the fire was out, and the structure was reduced to rubble less than 72 hours after the explosion occurred.

Judicial Watch has just filed a FOIA lawsuit against the Justice Department demanding information on the FBI “investigation” into what happened that day in Minneapolis:

(Washington, DC) — Judicial Watch announced today [April 2, 2015] it filed a Freedom of Information Act (FOIA) lawsuit against the Department of Justice (DOJ) to obtain records regarding its response to the January 1, 2014, explosion of an apartment building in the largely Muslim Cedar-Riverside neighborhood of Minneapolis, Minnesota. The FOIA lawsuit was filed in the United States District Court for the District of Columbia (Judicial Watch v U. S. Department of Justice (No.1:14-cv-02212)).

The FOIA lawsuit, filed after the DOJ failed to respond to a March 12, 2014, FOIA request to the Federal Bureau of Investigation (FBI), seeks:

Any and all records regarding, concerning or related to the investigation of the January 1, 2014 explosion and fire at the Cedar-Riverside apartment complex in Minneapolis, Minnesota, based on searches of the FBI’s Electronic Case File system, Central Records System and Electronic Surveillance records, as well as any cross-referenced files concerning the explosion and fire.

At 8:16 a.m. on New Year’s Day in Minneapolis, a building at 516 Cedar Avenue containing a grocery store and several apartments exploded, killing three people and injuring 13. All of the apartments were occupied by single men. Many were hurt while jumping out of the burning building’s windows in order to escape the carnage.

The building was owned by Garad Nor, the owner of a money-transfer company, who had initially been implicated as a terrorist financier by the U.S Treasury Department. According the Minneapolis Star-Tribune:

But within months of the Sept. 11 attacks, U.S. agents raided and blocked the accounts of five Minneapolis money-transfer operations, including his company Aaran Money Wire Service Inc.

Nor, who also goes by the name Garad Jama, was in Dubai the day he learned through CNN that his name was listed among 62 individuals and organizations that the U.S. government said had helped fund Osama bin Laden.

He returned immediately to defend himself, and nine months later, after he sued several members of then-President George W. Bush’s cabinet, Nor’s name was finally removed from the United Nations list of entities believed to have terrorist ties. The U.S. Treasury Department unfroze his business’ assets.

The apartment building was also adjacent to the Dar Al-Hijrah Islamic Civic Center, a mosque, which lists the Muslim Brotherhood as a contact on its website “Links” page. Immediately after the blast, FBI spokesman Kyle Loven said the agency was aware of the explosion, “but it would be sheer speculation to theorize what may have occurred here as far as any mosque or any other business in the area.” Within 48 hours, the FBI denied any terrorist activity was associated with the explosion. 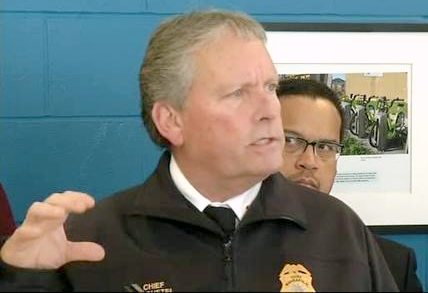 Documents separately obtained by Judicial Watch from the State Fire Marshal Division of the Minnesota Department of Public Safety, however, reveal that the explosion apparently was never thoroughly investigated.

In his January 10, 2014, report, Deputy State Fire Marshal Investigator Ronald C. Rahman admitted, “I did not retain any evidentiary artifacts from the scene.” 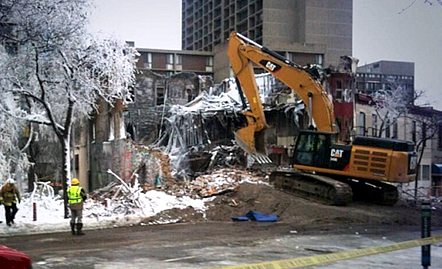 Before the building’s destruction, G. Schmitz, fire investigator for the Minneapolis Fire Department, and the official investigating the scene on the day of the explosion reported, “The origin of the fire is undetermined.” And suggestions by some that the fire may have been caused by “some kind of gas leak,” were quickly refuted by Minnesota’s Centerpoint Energy spokeswoman Becca Virden, who stated, “We have specialized a gas leak that can detect a gas leak even when you can’t detect it — highly sensitive equipment,” she said. “They have checked there were no gas leaks reported before and there are no gas leaks in the area now.” Virden added, “We had no natural gas in the area.”

The documents obtained by Judicial Watch from the State Fire Marshal Division of the Minnesota Department of Public Safety seem to substantiate Virden’s statements. In a supplemental report filed by Rahman on February 28, 2014, the deputy state fire marshal reported the following:

Documents obtained by Judicial Watch from the Bureau of Alcohol, Tobacco, Firearms and Explosives (ATF) through a March 12, 2014, FOIA request, reveal that ATF agents were told not to conduct an investigation of the explosion. In an April 15, 2014, email from a St. Paul ATF group supervisor to a colleague, the supervisor wrote: “Additionally, at the request of the Minneapolis Fire Department, ATF did not respond to this incident.”

According to a January 13, 2014, ATF “Report of Investigation,” ATF agents “were notified (the document does not say by whom)… that the City of Minneapolis was intending on tearing down the structure prior to a scene examination taking place:”

Report of Investigation — “On January 2, 2014, ATF was in contact with the Minnesota State Fire Marshal’s Office regarding the fire. Additional ATF personnel were also in contact with members of the Minneapolis Police Department. Plans were made to assist with a scene examination on January 3, once the bodies were recovered and the structural integrity was examined.

“ATF personnel made plans to be at the scene of the fire on the morning of January 3 in an effort to determine the cause of the explosion and ensuing fire. ATF personnel were notified on the afternoon of January 2 that the City of Minneapolis was intending on tearing down the structure prior to a scene examination taking place. They (not identified) believed the fire was related to a natural gas leak in the building. The building was torn down and was then turned over to insurance representatives.” 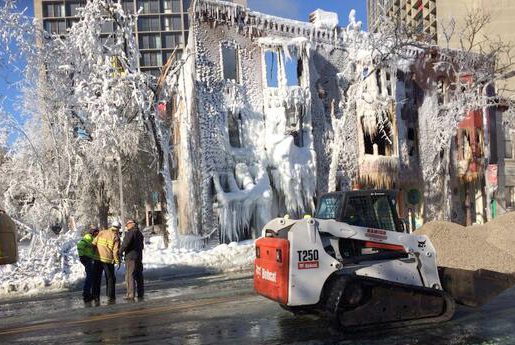 “This building explosion and the building owner’s links to both Somalia and to terrorist financing should sound alarm bells,” said Judicial Watch President Tom Fitton. “The official explanation that the explosion was due to a natural gas leak doesn’t bear scrutiny. Our investigation has raised questions about this explosion and why state and federal officials were so quick to close this case, tear down the building and leave the community without answers about what really happened in Minneapolis. The local Somali community there has provided many recruits for ISIS. The FBI’s and Justice Department’s stonewall, which is forcing us to go to federal court, suggests these agencies have something to hide.”

Breitbart is also covering this story.

8 thoughts on “Judicial Watch: What Happened on Cedar Avenue on January 1, 2014?”