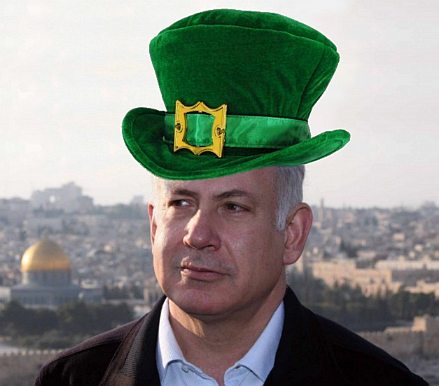 The New York Times is without doubt the head of the snake of the modern Mainstream Media. It leads where the other sheep follow, and it sets the appallingly low standards for which journalism is so justly infamous, standards as low as… oh, right: standards as low as a snake’s belly.

As an example of why “journalism” is so little trusted by the average person, take this lead paragraph in the NYT’s story of Netanyahu’s victory in Israel:

After a bruising campaign focused on his failings, Prime Minister Benjamin Netanyahu of Israel won a clear victory in Tuesday’s elections and seemed all but certain to form a new government and serve a fourth term, though he offended many voters and alienated allies in the process.

So this “bruising” campaign focused on Netanyahu’s failings but he won anyway? And despite offending many voters and alienat[ing] allies, he’s going to serve a fourth term?? Oh, the horror…

Canada Free Press had a different take on the campaign and victory:

With $350,000 in taxpayer grants from the American State Department now under investigation, with the booty of George Soros backing their efforts, and American campaign workers planted right in the leftist opposition camp, this is what they thought would find election success in Israel:

“Israel is ideal for door-to-door campaigning due to the small size of the country. Because of the large number of political parties and high voter turnout, he believes it’s possible to talk with enough people to change the government.”—Jeremy Bird to Haaretz.

Jeremy Bird’s goose is cooked, and will be hard to get off the platter again. His touted talent as an election pooh-bah was spent for naught in Israel. Even with American tax dollars, even with George Soros, even with the spite of Obama, it fizzled out.

Bird, who served as Obama’s campaign National field director in 2012, was one of four U.S. consultants working with Tel Aviv based Victory 2015 or V15, to oust Netanyahu from office. He has been described by Israeli newspapers as V15’s “secret campaign weapon.” V15 says it supports no particular candidate, but want to replace Netanyahu. V15 is funded by an organization called OneVoice.

V15? It sounds eerily like one of Hitler’s rockets.

So even Soros, in tandem with The Magical Negro, couldn’t bring Bibi down? Mr. Netanyahu must have some major mojo to have finagled this bagel from The Terrible Two.

The latter both operate from a sense of entitlement, as though whatever they want, they shall have — despite repeated experiences to the contrary. After all, we’re talking about a Nobel Peace Prize winner and the guy who broke the Bank of England, taking a lot of pensioners down the tube. Soros can’t go back to France, since he’s a convicted criminal there for his destructive financial shenanigans. By the time Obama’s turn in office is over, one has to contemplate how many countries will consider him persona non grata.

So Netanyahu won and the leftists lost again. This turn of events couldn’t have come at a better time for Israel. The leftists would’ve given away even more of an already-shrinking country. Just in case you didn’t notice, this victory came on Saint Patrick’s Day. That’s a fine synchronicity indeed (though I’ll bet the anti-Semites in Ireland are gnashing their teeth and killing off any grinning leprechauns).

23 thoughts on “Hey, Bibi! ’Twas the Leprechauns Done It”