Earlier today five gunmen took hostages in the Bardo Museum in Tunis. When confronted by security forces, they opened fire on the hostages, killing twenty-two of them and wounding at least forty. Two of the gunmen were killed by police, two escaped and were caught later, and one is still at large. Once policemen was killed in the firefight.

The article below from Business News (Tunisia) concerns a message issued by a Tunisian kinetic activist leader the day before the attack at the museum. It was published earlier today in slightly different form at Vlad Tepes. Many thanks to Nathalie for the translation:

A leader of Ansar Sharia: A message for the jihadists before the attack of Bardo

In a video clip posted online yesterday, the leader of the Ansar Chariâa [Ansar al-Sharia] terrorist group, Ouanes Fékih, sent a message to the “young members of the Ettawhid movement”, in which he calls for patience and urges them to carry on “defending their religion” by practising Jihad against those he calls “Taghout”*. Fékih also stressed that the days to come will be eventful, implying that planned terrorist attacks are in the making. 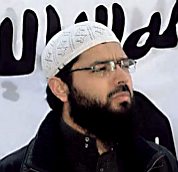 This message was published on Tuesday, March 17th 2015, during the day, before the terrorist outrage in the the Bardo museum in Tunis, which left eight dead according to preliminary reports [20 tourists and 2 Tunisians, according to later reports — BB]. He concluded the message with a prayer addressed to the “brothers imprisoned in Tunisia”, as some information, still to be confirmed, suggest that the terrorists were demanding the release of imprisoned jihadists in exchange for the hostages held captive in the museum.

In his speech, the jihadist leader criticised “the tyrannical policy” and the “injustice” which humiliate a Muslim people which has yet to recover from his rebellion against a criminal regime [that of Ben Ali], which oppresses Muslims, stops them from living according to sharia law, fuels corrupton, and is responsible for high prices and marginalisation.

In his video, Ouanes Fékih recalled the “successes” of the terrorist attacks in Kasserine against the home of the former Minister of the Interior, Ben Jeddou, as well as the attacks against Henchir El Tella, El Kef and Boulaâba, which left several dead in the armed and security services.

In this, he is trying to upbraid the police force as well as Mohamed Ali Aroui, the official spokesman for the Ministry of the Interior, whom he calls a “liar” and a “miscreant”, in the wake of his statements following many large-scale anti-terrorist operations led by the police and the armed forces. Operations which he considers to be “a war waged against [them] , fuelled by a “disinformation campaign in the media”.

It should be noted that Ouanes Fékih was arrested in May 2013 following the violent events that occurred after the decision to ban the talk by Ansar Chariâa in Kairouan. He was released on July,13th of the same year.