As reported recently in the news feed, the Pakistani Christian Asia (or Aasia) Bibi has lost her appeal against a death sentence for blasphemy. If she is in fact executed, it will be the first time a Christian has ever been officially executed for blasphemy in Pakistan. There have of course been many, many informal mob killings of “blasphemers” — sharia executions — but none carried out by the legal apparatus of the state.

Ms. Bibi has been in jail for five years, and her family has had to go into hiding. See The Independent and The Daily Mail for details on her case.

So said the character played by the late Peter Finch in the film Network, a 1976 American film about a fictional television network and its struggle with poor ratings. I don’t have any ratings so what’s making me so mad all of a sudden? 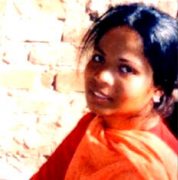 This morning’s newsletter from the Barnabas Fund has announced that the appeal made by Pakistani Christian mother Aasia Bibi against her conviction under Pakistan’s “blasphemy law” has been rejected and the death sentence she was given confirmed.

Aasia’s appeal was dismissed on Thursday 16th October at a hearing held at the High Court in Lahore. She has been languishing in prison since being falsely accused of defiling the name of Muhammad during an argument with Muslim co-workers in 2009.

The director of the Barnabas Fund, Doctor Patrick Sookhdeo, has asked his followers to pray for Aasia and her family and to consider writing to their elected representatives on Aasia’s behalf in the following terms:

I am writing to you as my elected representative to express my deep concern about the situation of Aasia Bibi who has been under a death sentence in Pakistan for blasphemy since 2010. Her appeal has just been refused by the High Court Lahore.

As you may know, Aasia Bibi’s case has received widespread international attention due to the nature of the alleged offence, the drastic penalty imposed by the law, and the violence that has surrounded her case including the murders of prominent politicians. As well as calling for justice for Mrs Bibi, I fear that the reputation of Pakistan is being tarnished by this case and the prospect of an innocent wife and mother being executed by the state.

In 2009 Aasia Bibi, a 45-year-old Christian mother and farm worker from Punjab, was falsely accused of insulting Muhammad, which is a criminal offence in Pakistan and carries a mandatory death penalty. She was prosecuted and convicted in November 2010. Aasia appealed against her sentence, but this appeal was eventually turned down on 16th October 2014.

Human rights lawyers question the impartiality and independence of the criminal proceedings that resulted in Aasia’s conviction and the quality of the evidence upon which her guilt was established. Apparently the accusation arose after heated discussions with other women in the village who attacked her Christian beliefs.

Militant Muslims call loudly for the death sentence to be carried out, threatening to kill her themselves. One mullah has offered a financial reward to anyone who does so. Two leading Pakistani politicians who have sought to highlight the miscarriage of injustice suffered by Aasia have been shot dead. Salman Taseer, Governor of Punjab, was murdered in January 2011, and Shahbaz Bhatti, the Pakistani Cabinet Minister responsible for the protection of minority rights in Pakistan, was killed in Islamabad on 2 March 2011.

As my elected representative, I would ask you to urgently raise the issue with the government and ask them what measures they are taking to convey public concern to the government of Pakistan. Millions of people are watching this case and want to see justice and freedom for Aasia, perhaps via a Presidential pardon. Would our government be prepared to offer Aasia and her family asylum in this country if she is freed? I would also be grateful if you would express public concern to the official representatives of Pakistan in our country.

In the UK you can write to your MP at the House of Commons, London SW1A 0AA or contact them via the Find Your MP section of the Parliamentary website.

You may also want to consider writing to the Pakistani authorities on Aasia’s behalf:

The Barnabas Fund is based in the UK and subscribers will presumably send their letters to their UK MPs and MEPs as advised. However, Gates of Vienna is worldwide, and if all our subscribers took the trouble to approach all of their MPs, MEPs, Congressmen, Senators, Commissars, or whatever representatives of the people are called in their neck of the woods and made enough noise, maybe, just maybe we might make a difference.

This time we have to.

Patrick’s sample letter is excellent but it doesn’t quite express the way I feel. Those who have read my recent contributions on Pakistan and the UK will be aware of those feelings. While I do not believe anyone in high office is unfamiliar with the nefarious workings of the police state, Islamo-fascist theocracy and mob-ruled nest of vipers that is Pakistan, we should spell it out to them that we know, too, and we want something done about it.

Just to refresh everyone’s memory: a couple of years ago Pakistan acquired a fleet of twenty F-16 fighters at a total cost of $1.4 billion and then, just a few months later had the gall to launch a worldwide appeal for funds to help them combat the effects of a natural disaster. Where did the proceeds of that appeal go? Some of it might even have got to the victims, but by no means all of it. Pakistan fights its battles by the use of proxies, such as the Haqqani group in the Afghan/Pakistani border areas, various armed groups in Kashmir and of course, the Taliban. All of these people have to be equipped, armed and paid and if they aren’t being paid out of your taxes in the form of foreign aid, then they are being paid from any donations you might be unwise enough to make to that evil state — a nuclear-armed evil state at that.

A little while back, the New York Times described the tax system of Pakistan as A banana republic tax system, where the rich concocted a way to avoid paying taxes — total tax evasion on an industrial scale, where 10 million people should be paying taxes, but only 2.5 million do and all of this is legal. Nawaz Sharif, the Bhuttos and Benazir’s husband, former president Zardari have all been indicted for fraud and tax evasion. Pakistan is an oligarchy (a government in which a small group rules predominantly for corrupt and selfish purposes) which exempts the rich from paying income tax, yet how does the civilized world respond? By throwing dollars, pounds, euros, yuan, roubles and any other exchangeable units of currency at this country so it can kill more people and extend its hegemony in the area. They also have a narcotics industry that is at least equal to the Pakistani Gross National Product — but who gets the money?

Now, Patrick Sookhdeo’s letter is very polite — as indeed it should be if you are asking someone to do something for you — but maybe you feel you should do something more. After all, the people you are writing to are sitting there on their well-upholstered posteriors untouched and untouchable. Maybe you think they need a more direct message. For those who wish to send Patrick’s letter, please do so — and may God bless you for doing so but for those who feel they need to do more, please continue reading.

“Though they have been cowed into discreet silence by the militants, the Pakistani political establishment disapproves of death sentences for blasphemy. However, their disapproval should not be mistaken for humanity or even sympathy for the injustices suffered by Christians and other persecuted minorities. It is merely a symptom of the pragmatism that drives most political institutions as they cling precariously to power. They know full well that the execution of a single Christian for blasphemy would provoke global outrage from every international organisation concerned with human rights and this might well reduce or curtail any foreign aid they might have been anticipating.”

Has the Pakistani establishment been emboldened by the apparent weakness of the west? Are they going to use Aasia Bibi’s death as a sop to the Islamic militants? If so, they must be prevented from doing so.

If you wish to write a stronger letter to your political representative, just remind them of this:

Pakistan must therefore be told in no uncertain terms that:

If Aasia Bibi is judicially murdered in the name of the Pakistani state, then that state will receive no more foreign aid from participating countries. This aid will terminate as soon as a hair on that blessed lady’s head is touched.

In furtherance of this, elected representatives must be told this:

If you do not think that this will work, just tell them:

May God bless you all.

Peter is an English expatriate who now lives in Thailand.