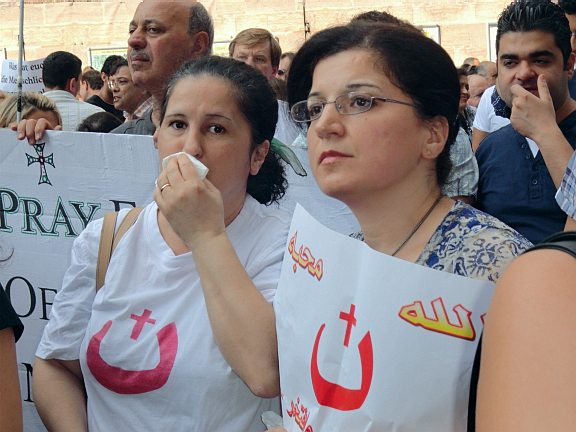 On Sunday, August 10, 2014, about 2,500 Christians, Jews, Buddhists and others took to the streets of Vienna and marched in support of persecuted Christians and Yazidis in northern Iraq. The demonstration was organized by the Union of Oriental Christians.

The occasion was calm, with no disturbances except for one incident involving a convert to Shia Islam in an ayatollah robe and turban. He demanded to speak, wanting to tell the audience about how “nothing in the Koran justifies the killing of Christians.” Because he is well known for his taqiyya, the ayatollah-wannabe was asked to leave, which he did — after the police helped him along. 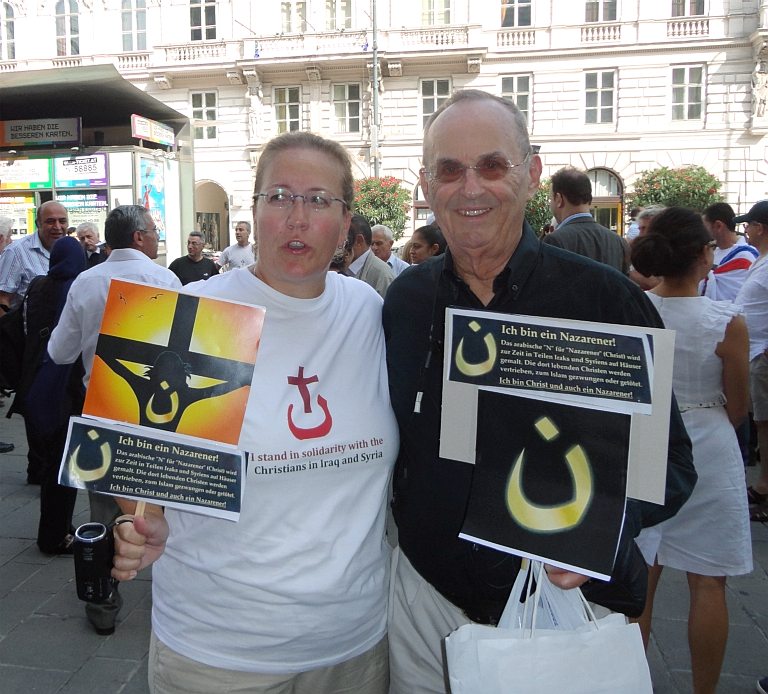 Elisabeth Sabaditsch-Wolff and Harald Fiegl, a member of Wiener Akademikerbund (Vienna Society of Academics), were among those who attended. 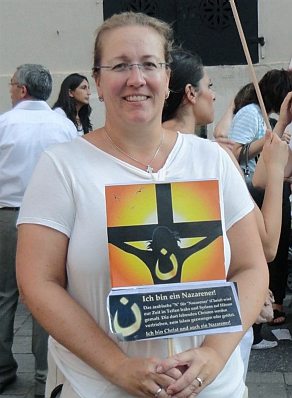 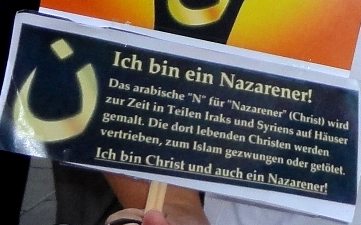 Below is a translation of the sign they are both holding:

I am a Nazarene. The Arabic “N” stands for “Nazarene” (Christian), is currently used in parts of Iraq and Syria and is painted on Christian houses. The Christians are then forced to leave, convert or be killed.

I am a Christian and a Nazarene! 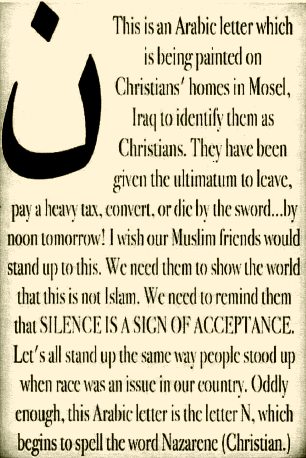 English-language flyer handed out at the demonstration

Video of the event is in the works. Some raw footage is available here (Thanks, Vlad). Subtitled clips may eventually be posted.

Christians in Mosul, including tiny children, are being tortured and slaughtered in the most bestial of ways. Photos of what is happening are too graphic to post here. Readers who are able to tolerate disturbing and violent images may see this article in Catholic Online.