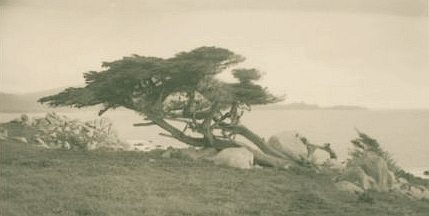 I have often remarked that this blog is very much a group effort. The articles and essays that appear here — as well as the various direct actions carried out by Counterjihad activists in North America, Australia, and Western Europe — depend on intensive teamwork by an ever-growing network of volunteers.

Some of those volunteers are credited here for their work, either by real name or pseudonym, when their tips, translations, essays, and videos are published, and when we report on their direct actions. Others whose work is just as crucial prefer to remain anonymous.

In recognition of the dedicated efforts by both groups — and you all know who you are — the following quote from The Tao Te Ching by Lao Tzu (Chapter 2) is apropos:

Therefore the sage goes about doing nothing, teaching no-talking.
The ten thousand things rise and fall without cease,
Creating, yet not possessing.
Working, yet not taking credit.
Work is done, then forgotten.
Therefore it lasts forever.

Back in January the Blogspot version of Gates of Vienna was knocked out of service by Google, with no announcement or explanation and for no apparent reason. It was restored the following day, again with no explanation.

By that time we had established the current WordPress version of the blog under its own domain name, where the writ of Google cannot be enforced. Even though we had been anticipating such a moment, the migration — jocularly referred to by everyone involved as the hijra — was a harrowing process, and not something I wish to repeat. 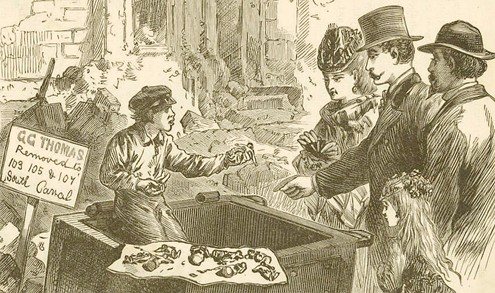 To be blown out of Blogger twice in less than a week may or may not signify anything. Depending on how conspiracy-minded one wants to be, there are several possible conclusions that may be drawn from what happened:

If the intention was to suppress our message and keep the Counterjihad meme from spreading, it was less than successful, and may have even had the opposite effect. Here’s what one commenter said:

I guess I’ve known about GoV in the dark recesses of my mind but rarely came here. Now the news that Google has exiled you makes it obvious to me that I should have been paying more attention. And so I have added GoV to my “favorites” list and expect to make at least one visit daily until the threat you address has been neutralized.

After the second removal by Blogger, I received a number of email messages from people concerned about the damage that would be done if Gates of Vienna were to disappear permanently. I pointed out to them what I have been saying in this space for the past seven or eight years: if a distributed network forms properly, the removal of a single node has little effect on the network at large, which rapidly forms the connections necessary to route around the missing element, and thus immediately regains its previous functionality.

I say “forms properly” rather than “is constructed properly”, because a truly distributed network is not constructed by any person or group. It arises spontaneously as a part of a process of self-organization by like-minded people, like a skim of ice forming on the entire surface of a pond that has just cooled to the freezing point. Gates of Vienna is not the “boss” of this network; it is simply one of the active nodes. Redundancy is already in place; all of our functions can be immediately assumed by various other people in the network, if required. The possibility that my eye condition may sideline me permanently has prompted me to make sure that anything I do can also can be done by someone else, preferably by several other people. Redundancy is further guaranteed when the network spans numerous countries, so that a crackdown in one jurisdiction does not interrupt activities in the entire network.

This type of network has emerged because it must of necessity remain largely unfunded. Most of the mainstream considers us “racists”, “crypto-fascists”, “neo-Nazis”, and all those other horrifying designations that place us beyond the pale of polite society, where virtually no self-respecting philanthropist would dare to venture.

Lack of funding has obvious downside. However, an unfunded network has its own unique advantages:

I’ve been writing about distributed Counterjihad networks for a number of years. When the International Centre for the Study of Radicalisation and Political Violence recently discovered some of my posts on the topic (Hi, ICSR! Good to know you’re keeping an eye on us!), it was as though they thought they’d turned up something we considered a secret.

But none of this is secret; it’s all out there in the open. That’s the nature of the network — it’s there for everyone to see, and those with whom the ideas resonate tend to become part of it.

This process is hard for leftists to understand. They are almost completely unfamiliar with unfunded distributed organizations — ever since 1917, radical socialists all over the world have been generously funded. When the U.S.S.R. dropped into the dustbin of history in 1991, their income did not dry up, but was replaced by the child-processes of the Socialist International, including New World Order enthusiasts, hard-left private foundations, and state funding from socialist governments. The Left is awash in cash.

Not to mention petrodollars — the Unholy Alliance of the Left and the Ummah has access to almost unlimited funding. Money pours into leftist operations from the European Union, from George Soros, from the Saudis, from Qatar, and from many other sources. Those are the folks who pay the piper, so they call the tune.

Thus it’s all but impossible for lefty outfits to conceptualize an operation that isn’t run in a top-down hierarchical fashion by a person or small group controlling the flow of money. They project their own structures onto the Counterjihad when they look at us, hypothesizing that there must be a Dr. Evil hidden behind us, pulling all the strings. We have been variously identified as agents of the Mossad, or CIA operatives, or tools of American Zionist neocons, or representatives of other sinister forces.

The fact that the situation could be exactly as it is openly described here seems incomprehensible to the well-funded think tanks tasked with discerning the true story behind the Transatlantic Counterjihad. How could we possibly manage to do what we do without being funded and directed by the forces of International Reaction?

There’s a purloined letter out there somewhere, fellows! Keep looking for it!

If the meme propagated by our enemies is more appealing than our own, then they are stronger than we are, and we will lose anyway. If their meme is weak — which I believe to be the case — then they are weak, despite having their hands on the levers controlling an unimaginable amount of money and political power.

The case is similar with Islam. It is actually a collection of memes, all of which are weak. Their virulence has only been maintained through the “death to apostates” meme — which, as acknowledged by Yusuf al-Qaradawi, is the sole reason that Islam did not die in its infancy.

Islam cannot survive the mass exposure of its essential weakness. Our job is not to keep haring after needless distractions, but to patiently propagate our own memes, which are strong.

It’s more important to build on our “shadow” culture, to present our own ideas and values. They are powerful and durable, and will succeed in the end, despite the horror that must precede them during the chaos after the Collapse arrives.

To quote Wretchard once again:

There must be hundreds of sites out there saying I’m a jerk. So what? This blog is just a meme, that’s all. I am nothing. I don’t even have a name. There must be zillions out there who disagree with my ideas. But so what? If my ideas are wrong they’ll die. If they are right, not even I can stop them. Scary when you think of it.

Work is done, then forgotten.
Therefore it lasts forever.

10 thoughts on “Working, Yet Not Taking Credit”