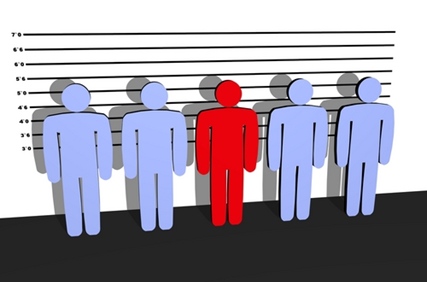 “We must abandon the picture of a world divided up by states, in which states make war and conclude peace with one another. The trend — as shown by the Balkan wars — is toward denationalization, privatization and commercialization of war, in the course of which local warlords, bandit chiefs, mercenary-hiring companies, as well as internationally connected and deployable religious warriors are increasingly the real actors in the prosecution of war.”

The following article by Udo Ulfkotte was originally published on February 20 at Kopp Online. JLH, who translated the piece, includes this note:

Udo Ulfkotte has turned up before in Gates of Vienna as a modern Jeremiah — heeded by some and carefully ignored by those in power. He practices what he preaches, has settled with his family on a farm that makes them largely self-sufficient.

The concluding advice in this essay can be clicked on to lead to an ad for his most recent book, No Black, No Red, No Gold: Poverty for Everyone in a Jolly Immigrant Community.

The translated article (which I highly recommend):

The New World Disorder: Why the Surveillance of Radical Muslims Is a Failure

Something is changing in German-language territory. History, ultimately, means change. Policy maintains that the changes will be good for us. In this process, a new world order is arising out there with more and more Islamist cells.

There are many good books and DVDs on Islam, But one thing is mostly left out. If we examine the goals, motives and ideological-religious background of the radical Islamic network, which to all appearances, has control of firm institutional linkages and a not-to-be-underestimated criminal energy, we should expect the uneasiness of German authorities and citizens to increase. More than 3.2 million Muslims are living in Germany, in peaceful coexistence — at first glance — with their fellow citizens.

Yet in so many kebab shops and mosques and Islamic organizations there are not always relaxed conversations. An Islamic ghetto is developing in our midst, which has various faces — not just peaceful — and has been absorbing the mindset propagated among believing Muslims by the previously mentioned groups, organizations and fraternities. One of those concealed faces is the distorted mask of terror, hidden in plain sight by discussion forums, multiculti events, and the German enthusiasm for dialogue, while it clandestinely condones or encourages acts of war and terror which will realize the alleged plans of Allah. And so, a small, radical minority is bringing all of Islam into disrepute because it is prepared to declare war on our cities in the not too distant future.

Certainly, the greatest part by far of Muslims does not identify with radical Islamists. 72% of people of Muslim faith living in Germany are in favor of a clear separation of church and state. Only 3% are part of the Islamist scene being watched by state security. If you include their family members in the calculation, you reach about 10% of all Muslims. As a percentage, the Islamist groups easily exceed the extreme rightist parties like DVU or NDP, against which state security — rightly — puts forth great efforts. The Turkish radical scene, which has substantially more adherents at its disposal, is by no means so peaceable, but need not fear state security to the same extent as does the rightist. Barely a handful of agents are concerned with this extremist club. Why is that?

In Germany, every federal state and every authority within it surveils for itself the activities of suspicious groups, which often means that several persons are responsible for each of these groups. For this reason alone, connections between potential terrorist groups and organized crime cannot be identified because completely separate agencies are responsible for them. One of them is headquartered with the Federal Police in Wiesbaden and the other in Meckenheim. To be sure, they do communicate, but the important exchange of information is only rudimentary. So sometimes there is the apparently absurd situation that the same group is being investigated by one division for money laundering and by the other for danger of terrorism.

In the chaos of the technological investigation, one point is repeatedly lost in the public discussion, which is enormously important for clandestine procedure, clandestine cooperation and clandestine understanding of Islamist groups in Germany. The bond which unites all groups is the common, stereotypical bogeyman image of the enemy. Regardless of whether you ask members of the Turkish Islamists or the Lebanese Hezbollah, they all agree in their rejection of the state of Israel and talk about “worldwide Zionism.” Second, in their view, Europeans are atheists, idol worshippers, usurers, capitalists, adulterers, alcoholics and useless creatures addicted to pornography and other types of enemies who may appear to be teachers, doctors or engineers but are in truth enemies of Islam.

In their view, the media run by these “infidels” presents a distorted image of Islam, which, however, offers the only escape from the Western world of sadists, child molesters, mass murderers and other perverts. This basic attitude also applies to many non-Islamist Muslims in Germany. Islamists are united by the goal of putting a stop to the untenable condition in the Christian, Western world by resurrection of a “caliphate” by violent means.

It is this dream of the “caliphate” which welds together the representatives of Turkish extremist groups, the adherents of Algerian terrorist groups, Chechen “rebels,” Palestinian Hamas, Hezbollah, Palestinian Jihad and the Egyptian Gamaat al-Islamiya into a spiritual unit. What the representatives of Hizb ut-Tahrir read aloud in a Hamburg mosque at Friday prayer and what is maintained word-for-word on a videocassette would find agreement among all extremists, no matter what organization they belong to:

“In the name of Allah, the All-Merciful, the Compassionate. The Islamic caliphate is the protection for the countries of the Muslims. Its establishment is our duty. And inactivity on its behalf is a sin. The caliphate is the collective leadership of all Muslims on this earth, so as to implant Islamic laws and propagate the Islamic message. It is a political structure which unites Muslims and their countries. Allah’s Messenger has commanded Muslims to install a caliph who will reign with the laws of Islamic Sharia. The caliphate is also the state whose return the Messenger of Allah prophesied when he said: Then a caliphate will arise again according to the plan of the prophecies! This state will fulfill what Allah the Sublime has commanded for Muslims in Islamic laws in jurisprudence, in the system of governance, in the economic system, the social system and the family system, in education and in foreign policy. The caliphate is furthermore that state which will fulfill Jihad, which Allah has imposed on Muslims, so as to carry the Islamic message to all the world, to protect the lands of the Muslims and to defend their lives, their kin and their property and those entrusted to their care.”

When we know this common dream of the extremist groups for the caliphate, we can understand why Islamists — despite the confused multiplicity of organizations they are active in — have developed such a great feeling of togetherness among themselves. And we see why uncovering conspiratorial networks is a fruitless undertaking unless these groups are seen in association with each other, and priority given to clarifying their cross-connections, including all contact with organized crime.

The “caliphate” is one of the key words that have great significance in the Islamic political system. When the Prophet Mohammed died on June 8, 632 in Medina, he left — according to the Sunni interpretation of Islam — no successors. According to the Shiite interpretation which is dominant in Iran, he named his cousin and son-in-law, Ali, his successor (“caliph”). From 632 until the dissolution of he caliphate by the Turkish National Assembly in 1924, the concept was connected to the worldly and religious leader of the Muslims, who, however, could not lay down any guiding principles. Theoretically, since the end of the caliphate, anyone can declare himself caliph, which the “caliph of Cologne” in fact did. Although such “nominations” have no binding effect on other Muslims, many of them wish for a European caliphate in which Christians and Jews play a subordinate role as “tribute-payers.”

After everything we have learned, it is foreseeable that the struggle against this type of terrorism will not end like the usual wars. We must abandon the picture of a world divided up by states, in which states make war and conclude peace with one another. The trend — as shown by the Balkan wars — is toward denationalization, privatization and commercialization of war, in the course of which local warlords, bandit chiefs, mercenary-hiring companies, as well as internationally connected and deployable religious warriors are increasingly the real actors in the prosecution of war. This privatization of violence is a characteristic of international terrorism, and the lines between bands of mercenaries and terrorist groups have become fluid. This is dire. No longer is this a war against a state, an economic power or certain ruling classes. It is the war of one worldview — Islamic — against another — that of the West. It is about the destruction of the Western world. Do not count on a treaty, a ceasefire or concluding peace. Just think about informing yourself on the effects of it and preparing for its development.

Update: An error in the translated title of Udo Ulfkotte’s article has been corrected.

22 thoughts on “A War of Competing Worldviews”