The state cannot abide any competitor as an object of worship. Those who worship Jesus Christ must be marginalized, silenced, and preferably extirpated. Only the Modern Multicultural State is worthy of worship.

Such is the opinion of the Greens who now formulate public policy in Germany.

Many thanks to Hellequin GB for translating this op=ed from the Berliner Zeitung. The translator’s comments are in square brackets:

Culture Commissioner Claudia Roth does not consider the Christian symbols on the Berlin Palace to be cosmopolitan, and therefore they are inappropriate. In asserting this she makes a huge mistake, says Gunnar Schupelius. Quotations from the Bible can be seen on the dome of the Berlin City Palace. They are located all around the Tambour, in gold lettering on a blue background. 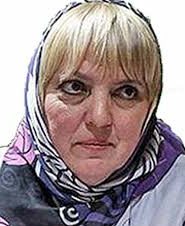 The Federal Government Commissioner for Culture and Media, Claudia Roth (Greens), wants to make the Bible words there disappear and overwrite them with other texts. An “art project for the temporary superimposition of the reconstructed inscription with alternative, commenting and reflective texts” is being worked on, she wrote to the CDU/CSU parliamentary group at their request. She did not write exactly what these texts should look like. [In simpler words, it will be unrealistic WOKE manure.]

The quotations from the Bible were selected by King Friedrich Wilhelm IV (1795-1861) and reconstructed on the dome in 2020. Literally it says there: “There is no salvation other… than in the name of Jesus, to the glory of God the Father. That at the name of Jesus every knee should bow, which are in heaven and on earth and under the earth.”

The inscription drew criticism from the start. The Christian words would exclude other religions, it said. The state-run “Humboldt Forum Foundation in the Berlin Palace” then placed a plaque next to the dome on the roof terrace with this text: “All institutions in the Humboldt Forum expressly distance themselves from Christianity’s claim to sole validity and sovereignty, which the inscription expresses.” [MORE WOKE MANURE.]

That wasn’t enough for Claudia Roth. She repeatedly emphasized that the words from the Bible and the golden cross on the dome contradict the “cosmopolitanism” that characterizes the Humboldt Forum. “I’ve got to tackle this,” she said on February 21, 2022 in an interview with the Tagesspiegel. So now she picks it up, and the Bible words are “superimposed”.

Is it true that the quotes document the “claim to power of Christianity”? No, that’s not what they originally meant. They come from Paul’s letter to the Philippians (Philippians 2:6-11). He called for kneeling only before Christ and not before the Roman emperor. [And that’s why it is now controversial and un-cosmopolitan. Bow to the emperor, you dirty peasants.]

The Catholic Archbishop of Berlin, Heiner Koch, said in an interview with the BZ that the words of the Bible are still to be understood today, namely “that people should only bow before God and should not show this honor to any earthly power.” This speaks of a great freedom. [That’s not something that can be allowed in this so-called “free” society.]

It is strange how the Federal Government, under the leadership of Claudia Roth, is campaigning against words that have been in the Holy Scriptures for 2,000 years and which they apparently did not understand at all. [I rather doubt that they’ve even read the Bible or any other scripture from other “religions”. If they had, they wouldn’t flood Europe with hostiles, now, would they?]

The City Palace was reconstructed, as the Bundestag wanted it to be. But as soon as it was built, it was fought against. Inside, any reconstruction has been forbidden and the original decorations should no longer exist in the surrounding area, but instead an Indian gate.

Claudia, I have an “brilliant” idea, how about a verse from the Koran and a crescent on top. Wouldn’t this be delightful, and so much more “cosmopolitan” and so “appropriate” for the Caliphate of Merkelstan?

Something like this perhaps? Quran (5:33) — “The punishment of those who wage war against Allah and His messenger and strive to make mischief in the land is only this, that they should be murdered or crucified or their hands and their feet should be cut off on opposite sides or they should be imprisoned; this shall be as a disgrace for them in this world, and in the hereafter they shall have a grievous chastisement”

I’m not a believer or adherent of any of the organized “religions”, but I hope one day they burn in hell for all these outrages… what a presumption…

If she had only stayed with the Theater for Drama, the last curtain would certainly have fallen long ago. Now 85.5% of German voters have to continue to endure the head of dismay and also help finance her until she finally disappears from the political stage.

9 thoughts on “Christianity Must Be Erased From Berlin”