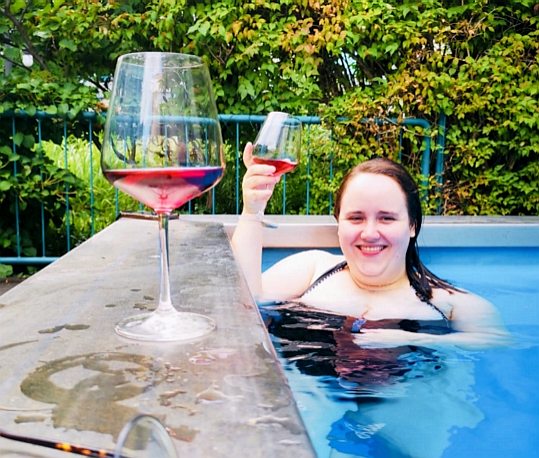 Vera Lengsfeld is a German politician, a peace activist, and a former DDR dissident. In the following essay from her website, Ms. Lengsfeld discusses the appalling ignorance and Jew-hatred of the Green leaders in the new federal governing coalition.

Many thanks to Hellequin GB for the translation. The translator’s comments are in square brackets:

Meritocracy reigns in Britain, according to Paul Collier, and the meritorious migration researcher has written a whole book — The End of Greed — on why that is fatal. In Germany we are one step further. It is no longer those who have worked their way up through education that rule here, but people who have successfully avoided education. Incompetence now seems to be the surest route to high political or state office. The Greens are pacesetters, as their recent election to party leadership shows. Two university dropouts were chosen: Ricarda Lang and Omid Nouripour. Ms. Lang caused a sensation on the social networks, especially with infantile pictures, which show her either licking ice cream and figuratively raising her finger or with a glass of red wine in the pool. [Now that picture will give me nightmares, for sure.] But she has mastered the Green climate phrase construction kit perfectly. Obviously that’s all you need today to lead a government party. Katrin Göring-Eckard tweeted: Ricarda Lang is our federal chairwoman and that’s a good thing. This is the solidarity of the uneducated. Gone are the days when Joschka Fischer closed the gaps in his education so successfully through intensive self-study that he became an internationally recognized foreign politician. [I’m not so sure that she meant this in a sarcastic way, given that she said some years back that she looks forward to the day when Germans are a minority in Germany.]

The newly elected Green co-chair is of a much more serious caliber than his female counterpart. But unlike Ricarda Lang, who “trends” on social media, the Nouripour personality remains relatively unnoticed. The most harmless thing one can say about him is that he, too, succumbed to the Baerbockian temptation to embellish his CV a bit by describing himself as a “Promovent” in German Studies, whatever that is supposed to be.

In the Bundestag, he attracted attention because he advocated transferring suitable parts of the Sharia into the Basic Law.

Just as bad, Nouripour served until mid-2020 on the advisory board of the German-Palestinian Society, which is a supporter of the Boycott, Divestment, and Sanctions (BDS) campaign directed against the State of Israel. This initiative has repeatedly attracted attention during anti-Israeli demonstrations. Nouripour has brought their goals to the Bundestag.

In April 2013, together with other Green members of the Bundestag, he introduced a “small question” aimed at labeling agricultural and industrial goods from Israeli settlement areas. His predecessor Annalena Baerbock had already announced that only unjustified criticism of Israel was not allowed. With the election of Nouripour, the spectrum of criticism of Israel permitted by the Greens has widened alarmingly.

Didn’t the party congress delegates know, repress or even care that their 2020 candidate was on the Simon Wiesenthal Center’s list of the greatest anti-Semites? An anti-Semite at the top of the Green Party?

What do the Greens want to tell us with their election?

Nothing can be better used to measure the depravity and incompetence of a country than its politicians. You have so many criteria to choose from; and each new day makes the choice bigger. The formerly proud Federal Eagle is just a plucked chicken on a kebab skewer now.

One thought on “The Ascendancy of Green Ignorance in German Politics”