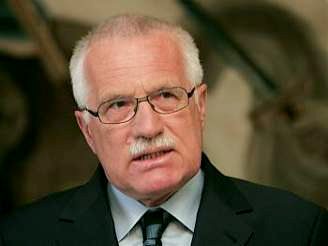 As usual, Former Czech President Václav Klaus is steadfast in his support for human rights and individual liberty: he has come out publicly on the side of “vaccine hesitants”.

Many thanks to Xanthippa for translating this op-ed by Mr. Klaus from the popular Czech news site Novinky.cz:

I know that by using the word experiment, I will anger a lot of people, but today’s battle against the virus SARS-CoV-2 with the help of inadequately tested vaccines is an experiment. This is — and it is not being denied by so-called experts — a fact. These vaccines were, as a knee-jerk reaction to the evolution of the spread of Covid, approved for preliminary and “experimental” use. Last year, that was the official position.

We are dealing with serious things, and the debate about them ought to be rational and fair. Our country (just as other countries in the West) is split in half. Some people let themselves be vaccinated without any resistance, perhaps because they truly are afraid and believe the huge propaganda — incomparable to anything in the past — regarding this particular vaccine. They aren’t even bothered by things all of a sudden being different than what they had been promised. And now it has been shown that:

Other people had no great illusions about the vaccines, but got vaccinated so they would have ‘their paper’, so they could enjoy the privileges of the vaccinated. The proportion of those who truly believed, and those who merely accept it, cannot be exactly known, but it definitely is not 10:1. More likely, it is 5:5. That is not what those who blindly defend the vaccines want to hear.

On the other side are equally rational-minded people. They are fighting against the vaccine because they don’t believe it, because they fear the side effects, because they see the falsehood in the eyes of renowned promoters of the vaccines who are in business and in medicine. However, some of them are rejecting the forced vaccinations on principle, due to its limiting human rights and freedoms. We do not know exactly the proportion of these, either. I belong to this last group. I am demonizing the vaccines less (even though I do not believe in them). I am protesting more against someone forcing me to be vaccinated, but mainly I have a different level of aversion to risk (which is a well-defined economic concept). I am willing to risk more.

There is no solution. These two groups of people are, in many respects, clearly delineated and separated. More (and less stupid) propaganda about the vaccines will not change this. To let oneself be vaccinated or not be vaccinated, that is problematic dilemma, for which it is typical to have arguments for and against (even though Mr. Kubek might not realize this). It could be true that vaccinations help in the aggregate (the economist in me calls it macro-view), but is no less unarguably true that vaccines do not help everyone. For some it is unsuitable and dangerous.

Let’s try it from the other side. I propose we tackle it from the opposite direction — not to convince about the advantages of the benefits of the vaccines, but to clearly define for whom and under what circumstances the vaccines are inappropriate. This a non-zero number of people. Let me help my point with an analogy — a law mandated basic military service, but alongside it there also existed a blue book. Messrs. Vojtechs, Kubkas, Smejkals: stop talking about mandatory vaccinations and instead start a serious debate about “Covid Blue Book”. There we can register all the warnings, all alternative concepts and hypotheses, all the risks and concerns. Those risks, and serious ones at that, are really not just a few. It is easy to talk about the benefits; to define specific risks is much more difficult. It is not sufficient just to look at the overview, from the ‘macro-view’, that the vaccines help (even though just partially).

Before any attempt at political approval for mandatory vaccinations, let’s define the conditions of this singular “blue book”. Should a citizen not strongly demand this of our politicians and their medical experts? If I were to organize demonstrations, it would be with this focus.

6 thoughts on “Václav Klaus: I Propose a “Covid Blue Book””