The all-knowing gods of the globalist pantheon are bloviating inside the COP26 circus in Glasgow, and Saint Greta is braying from the outside. Seneca III has a few words to say about all that Sturm und Drang. 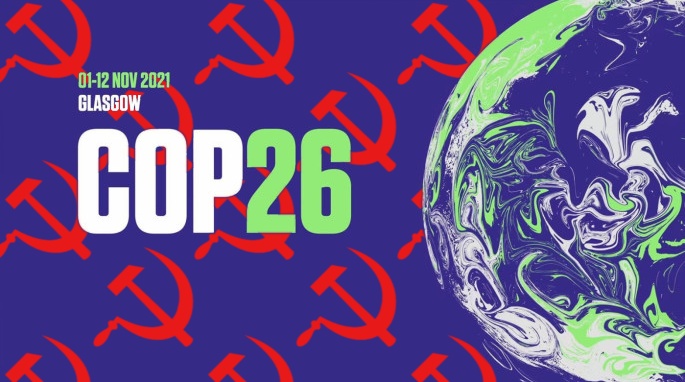 COP26 — Sodom and Gomorrah on Steroids

Empires falling? “Humanity has ‘run down the clock and it is now ‘one minute to midnight’ Boris Johnson will tell world leaders — as he urges them to ‘act now before it is too late for our children’ in speech to COP26 summit.”

No, you duplicitous bottom-feeding pond life, you and your foul collection of power-mad psychotics and predators are trying to turn back the clock to the Dark Ages.

Doubtless, Prime Minister Carrie’s whipping boy will also repeat that he wants global leaders gathering in Glasgow to unveil steps on ‘coal, cars, cash and trees’ [‘clowns, creeps, crooks and cicutae’ would be more to the point] — the things he believes will make the most difference in limiting temperature rises to 1.5 degrees. Have a look at that bright yellow thing in the sky, you moron, it determines what the temperature will be.

He will also pledge to “…put another billion pounds into green finance, as long as the UK economy performs as expected.” Testicles, Boris, this Sodom and Gomorrah is now twinned with the Tower of Babel and you, the Buffoon-in-Chief, only have temporary control of the loudhailer.

As I write even more embarrassment descends upon that fool’s head; China’s president Xi Jinping will not even give a ‘virtual’ speech, instead only submitting a written statement. Turkish president Recep Tayyip Erdogan has also announced he will not be coming. Will de Pfeffel take the hint? I doubt it; he has disappeared so far up his own fundamental orifice that he hears nothing and cares even less.

And now it has been revealed that Johnson has issued scores of extra fishing licences to France (total now circa 1800) to help Macron’s electoral chances and enlist his support for more global warmongering. These slimy illegitimati stick together like poop to a blanket.

Aux armes! mes amis. Rant over for today. More tomorrow, perhaps, if my constitution can survive the insanity of it all.

P.S. Sleepy Joe fell asleep at the first conference and an aide had to come and wake him up. It all adds to the macabre surrealism of the charade because that walking corpse actually has its finger on the nuclear button.

— Seneca III, this second day of November in the year of our Lord 2021.

One thought on “COP26 — Sodom and Gomorrah on Steroids”