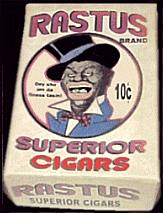 Over the last few years the word “woke” has become ubiquitous, with its new racially charged meaning. Ten years ago there was no such usage that I was aware of. I first noticed the new meaning of the term four or five years ago. I assumed it had been generated by the Obama/Ayers crowd, or possibly by an Ivy League university.

I was curious about the origin of “woke”, but it’s frustrating to do an internet search on the word, because the results are dominated by examples from the last couple of years.

I wrote to Diana West and asked her if she knew anything about the history of “woke”, and she sent me back this very helpful message:

I searched around for early usage — searching “stay woke”, also “woke” and “rap lyrics,” “woke” and “social justice” and “woke” and “systemic racism,” things like that. I found some entries around 2013 hip hop, maybe Black History Month, but not much.

My sense is that it starts to enter more common usage in 2016. A January 2017 review in The Los Angeles Times of an Asian-type anger exhibition pegged its definition to a radical mag named Gidra at UCLA in 1969. 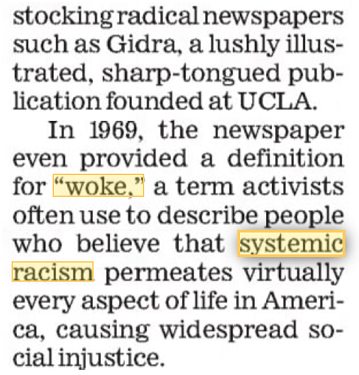 Gidra sounds like an intriguing publication — dedicated to fighting discrimination against Asian-Americans in the earliest days of the WAYCISM craze.

I was amazed that “woke” went all the way back to 1969. I never heard it at all back in those days, nor for more than forty years thereafter.

But nowadays wokeness is everywhere. Or is it wokehood? Or wokicity? In any case, as a general rule wokesters regard almost anything that white people do or say as WAYCIST.

Racism is rampant. Systemic racism. If you’re white, you’re a racist, whether you recognize it or not.

If you’re woke, you believe that:

And so on. Readers can supply additional examples — we all know the drill.

The image at the top of this post shows a pack of Rastus Cigars (barely legible motto: “Dey sho am da finess tasin!”) from about 1927. The depiction of Rastus is undeniably racist. But, as the late Lou Reed said, “Those were different times.” Perhaps this Rastus is an accurate representation of the way white people perceived blacks in those days.

In any case, the product is fascinating. Was it marketed primarily to black people? Or did white people smoke Rastus Cigars, too?

Unfortunately, under a woke regime, the investigation of such topics will be forbidden. Discussions like mine will not be allowed. If the wokerati can manage it, the WAYCIST artifacts themselves will be destroyed.

If I remember correctly, back in the 1950s, before videotape was invented, proto-woke studio executives ordered the archival celluloid originals of Amos ’n’ Andy permanently destroyed. A politically incorrect relic like myself views this appalling act as a crime, but to the woke cadres it merits joyous celebration, and is a harbinger of things to come.

In the digital age, the total destruction of deprecated artifacts is much easier. Entire genres can be all but wiped out fairly easily if the mandarins of Big Tech put their minds to the task.

However, as Lao Tzu said (Chapter 55 of the Tao Te Ching):

This is not the way of Tao.
Whatever is contrary to Tao will not last long.

The forces of wokedom have been granted their fifteen minutes, and are currently using it to beaver away at the roots of our “racist” civilization, hoping to destroy it.

How much of it will be left when their time is up is an open question.

15 thoughts on “Woke This Mornin’, Feelin’ Round For My Shoes”