The author of the following letter requested that he be identified only as a ‘US Air Force veteran’. 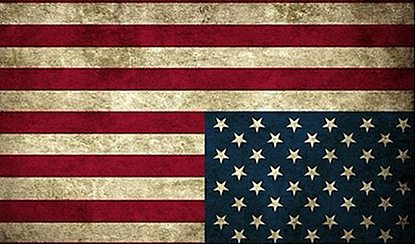 If China had invaded the USA and installed Beijing Biden, would you respond?

by a US Air Force veteran

Anyone willing to look at the data can see this fact. If the Democrats had nothing to hide, they would welcome an open audit.

But the Democrats do have something to hide. They have blocked all efforts for an open audit.

Somehow big media, the digital giants, the Democratic voter fraud machine, and China got Beijing Biden, a man who appears to be on the CCP payroll, installed in the US presidency via a fraudulent election.

When I joined the military, I took an oath to defend the constitution of the USA from all enemies — both foreign and domestic.

Did you generals do the same thing?

Elections are an important part of the American system. Without real elections, we are a banana republic.

Trump’s, Sept. 2018 executive order on “Foreign Interference in American Elections” clearly spells out exactly what transpired during the 2020 election.

The Executive order also states what the US response should be.

So, what happened? Why no response to a clear act of war?

If China had invaded the USA and installed Beijing Biden, would you respond? What’s the difference? (The Art of War: Sun Tzu)

Does it matter if the outcome is the same? We now have a CCP plant in the White House

I do not believe for a minute Trump gave up and accepted Beijing Biden as the winner.

I can imagine behind the scenes the Democrats and RINOs have put a lot of pressure on you generals. You control the guns. Without your support, Beijing Biden would not be in the presidency.

Trump left because you let the American people down. You supported a CCP plant in the presidency.

Mao said: “Political power grows out of the barrel of a gun.”

In America, political power is supposed to grow out of ballot boxes.

You generals need to do the job you swore an oath to do. Don’t be a bunch of Benedict Arnolds.

13 thoughts on “An Open Letter to US Generals”