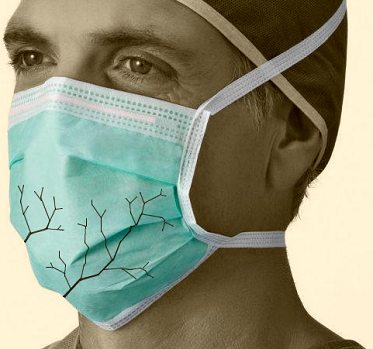 I don’t know how much of a bellwether a rural Virginia Walmart is, but that happens to be my area of research, so it’s where I’ve been gathering my data.

I mounted an expedition to the store this afternoon to stock up on the usual staples, but without wearing the mandatory face mask. The last time I had been to the same store there were just three other people without masks, but this time I counted no fewer than fifteen. In addition to those brazen deplorables who don’t care if they kill Grandma, there were numerous others who were wearing their masks haphazardly, at best — pulled down below their noses, or even under their chins. There was one fellow with a ZZ Top beard who wore a mask plastered on the front of it like a postage stamp on a Brillo pad — he looked completely absurd. And maybe he intended it that way.

So what might this thaw in the COVID regimen portend? My intuition tells me that it must have something to do with last month’s election and the fact that we’re about to inaugurate Beijing Joe as our next General Secretary… I mean, President.

There are an awful lot of Trump voters out here in the Virginia backwoods, especially among white people. Unless I misunderstand the current zeitgeist, they are well aware of how fraudulent the election was, and they’re righteously angry about it.

Are they beginning to react against perceived authority by eschewing the masks they’ve been ordered to wear by Governor Coonman?

I don’t know, but I consider it a distinct possibility…

3 thoughts on “Cracks Are Beginning to Appear”