Below is the latest guest-essay by Nash Montana. 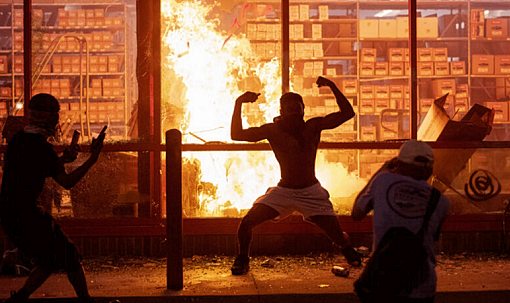 Black Democrats Are the New Palestinians

As America has moved on to become tremendously prosperous, a large segment of the black community remains trapped in a time warp where they are trading prosperity, happiness, and freedom for the prison of endless protest.

Black Democrats are the new Palestinians.

They are so consumed with revenge, hate, and self-pity, it is impossible for them to function as a proper part of society. They have become dysfunctional and undisciplined, instead of steeling themselves to obey the laws that most other Americans follow effortlessly.

Instead they are now fighting to defund the police so they can break the law without consequence.

Democrats have started every riot in America over the past sixty years. Watts, Detroit, Washington DC, Los Angeles, even Charlottesville. Now they are rioting, looting burning and killing all over the country.

Isn’t it amazing that conservatives of all races never riot? We may demonstrate, but never riot. Why? Because we do not trust the government. We know the government cannot fix our problems.

We will demonstrate to remind the government of what will happen to it if it attempts to infringe, abridge, or violate our unalienable rights.

Observing the spectacle over the past two months: you can see how some can say that Liberals are full of hate. Their hatred is toxic and contagious.

As in the book Moby Dick, when the hateful Ahab infected the once peaceful crew of the Pequod with the deadly disease of revenge, anti-Christian Liberals have infected once peaceful Americans.

Even in death, the corpse of the hate-filled Captain Ahab summoned the crew of the Pequod to its death. Likewise, Democrats are using the corpses of long-dead Confederate Democrats and their victimized slaves to summon America to its demise. 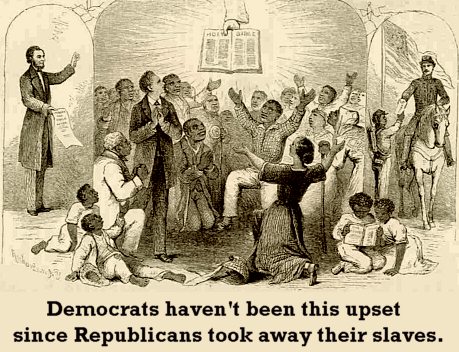 Black Democrats have learned well from their former masters and present oppressors how to hate and justify all manner of evil because of perceived or imaginary injustice.

They are on a rampage seeking revenge against dead and imaginary foes. They are summoning all of America to follow them to Hell. We must resist at all costs.

C.S. Lewis said all suffering originates from the sin of “Pride.” He calls “Pride” the most damnable sin.

It is no coincidence that all of the Liberal movements, whether they be Feminist, Black, Gay, or LGBTQ, have the word “Pride” to describe their purpose.

Thus, the sin of “Pride” has sidetracked the black community from GOD’S purpose. The healing acts of forgiveness, love, and forbearance are forgotten by Democrats.

For decades now they have been replaced by the pestilence of hatred, revenge, and self-pity.

There comes a time in life when you have to confront the law of diminishing returns: When is the input more than the output? Someone is profiting from this, and it isn’t black Americans.

The Black community is dying from a festering wound of hate, not racism. Democrats have always picked at this wound and then profited from the pain.

The anarchists are a small noisy minority that we can shut down whenever we choose to. Sadly, in the meantime, there are many humans out there being exploited by the Democrat Party.

We must convince them that they are not heroes. They are mere pawns in a savage game.

They can still be parents, teachers, and happy. But because of hatred and revenge, and because of their willingness to let themselves be so easily manipulated by their Democrat masters, the lives of many Black Americans are currently mired in tragedy, not heroism.

We are all in this together. We could smash the puppet masters to pieces together.

There is only one human race, last time I checked. Our dream of a peaceful Utopia of the future could still be possible.

Now there’s a dream I can get behind.

6 thoughts on “Black Democrats Are the New Palestinians”