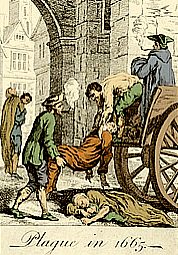 The situation in Germany vis-à-vis the Wuhan Coronavirus is evolving rapidly. MissPiggy has translated two articles with the latest news.

The first report is significant, because it wasn’t all that long ago that Chancellor Angela Merkel said that the borders of Germany would not be closed.

From the German-language version of RT:

Germany has decided to close its borders with Austria, France and Switzerland as of Monday, as reported by the Bild newspaper. This was decided at a telephone conference between Angela Merkel and the prime ministers of the southern states.

The federal government has decided to close Germany’s borders with Austria, France, and Switzerland starting Monday at eight o’clock. This was reported today by the newspaper Bild am Sonntag. The decision is said to have been made during a telephone conference between Chancellor Angela Merkel and Interior Minister Horst Seehofer and the Premiers of Baden-Wuerttemberg, Bavaria and Saarland.

Despite the closing of the border, the free movement of goods is to be maintained. Commuters should also be able to cross the border.

The drastic measure was not triggered solely by the attempt to prevent the corona pandemic from spreading further, but apparently also to limit hamster-like [i.e. hoarders] purchases by foreigners in regions close to the border, which are said to have already caused supply problems.

Now the federal police, together with the respective state police, are to implement these measures.

The second article from inSüdthüringen.de concerns an outbreak of the coronavirus at a “refugee” facility in Thuringia, and the difficulties it is causing for the local municipality:

Suhl — After the illness of a resident with Covid-19 and the quarantine imposed on Saturday night for all 533 residents of the country’s first reception facility (EAE) in Suhler-Friedberg, Thuringia, the migration minister, Dirk Adams (B90/Greens) and the president of the Thuringian State Administration Office, Frank Roßner visited the facility (outside the fence) on Saturday afternoon to assess the situation.

The site of the first reception facility has been guarded by a large police force since Saturday morning. According to Wolfgang Nicolai, head of the Suhl State Police Inspectorate, they were summoned from all over the state. “As expected, there were initial problems,” says Nicolai.

Several residents had to be prevented from leaving the facility — but without the use of physical force, which could also be used in an emergency under the Infection Protection Act. In the facility itself, the situation is tense.

Among other things, there is said to have already been a call for a hunger strike because of the “confinement” and several residents were prevented from going to the dining room. “At the moment the situation is calm, but we are prepared for the situation when this may not remain the case in the next few days and possibly weeks,” Nicolai said. The country has pledged its support to deal with the situation in the form of the deployment of supra-regional forces.

As residents of the EAE told our newspaper, they feel abandoned. The infected man is believed to be an Afghan who entered via Sweden and Hamburg and did not arrive at the EAE until Friday morning. During the day, his condition deteriorated sharply; he looked bad, coughed heavily and had a fever. In the evening the ambulance service arrived and examined him, a young man said.

“We try to stay calm”

The fear, especially among families with children in the institution, is very great. “We want protective masks, but we don’t get any. And we want a medical examination with a test to get clarity so that healthy people can go out as normal,” he says. The tension is very high. “We’re trying to stay calm, but I don’t think we’ll see it that way if we’re locked up here for even longer.”

Mayor André Knapp and the Suhler district doctor Marion Peterka as well as the spokesman for the SRH Central Hospital Suhl emphasize that the infected person was not taken to the hospital — apparently a mistaken assertion from the other residents because of the ambulance at the door. “Since the symptoms weren’t strong, no inpatient admission was necessary,” says Marion Peterka. The person concerned had been taken to the sheltered quarantine station of the facility. There he was asked by an interpreter about his contacts — and whether he had been in the city on Friday. There is no feedback on this yet, Peterka said.

She mentions the “precarious situation” at the EAE concerning the staff — from guards to medical staff, including a doctor, to kitchen staff — who were also initially quarantined. The staff only protect themselves with normal surgical masks. Currently, the quarantine of the facility is expected to remain in place for at least two weeks. A number of volunteers have offered help and want to talk to the residents in the EAE, said Migration Minister Dirk Adams. This commitment is highly appreciated, as is the work of the city and the police.

Adams had discussed the situation with the crisis unit at City Hall in the early morning and took initial measures. These include providing residents with free supplies of stimulants, such as tobacco and chocolate, which they cannot currently buy themselves. In the afternoon a Suhler civil protection truck arrived on-site. As Adams went on to say, Thuringia opted out of the federal government plan to take in refugees. The EAE has halted admission and transfer until further notice. In addition, surgical masks procured at short notice will soon arrive as respiratory protection in order to equip the residents with them, said Frank Roßner, who certifies the “professional approach” of the city of Suhl.

The city, meanwhile, had already announced its coronavirus phone hotline — which is scheduled to start on Monday — on Saturday. From 8 a.m. to 6 p.m. specially trained staff will answer questions about the coronavirus by calling 03681/794040. In addition, the Lord Mayor announced that all public facilities such as CCS, Ottilienbad, Tierpark, all museums, music school, etc. would be closed. In addition, the requirements and regulations for events are to be further tightened. “I appeal to all Suhlers to keep calm and to restrict social contacts as much as possible. We are doing our best to deal with the situation.”