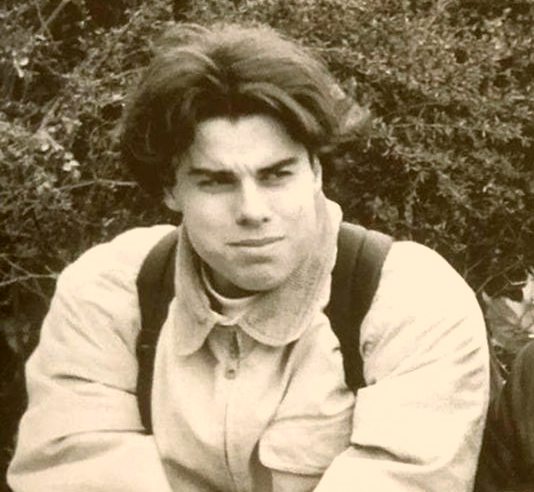 Early this morning a young man named Tobias Rathjen shot nine people to death at two hookah bars in the German city of Hanau, in Hesse. After his rampage went home and killed his mother and then himself.

Below are excerpts from the Bloomberg report on the killings:

Suspect, 1 Other Found Dead After 9 People Killed in Germany

Hanau, Germany (AP) — A man suspected of fatally shooting nine people in the German city of Hanau was found dead at his home early Thursday, hours after the attacks in and outside two hookah lounges, police said.

Police gave no details of the suspected gunman but said “there are currently no indications of further perpetrators.” They did not give details of his possible motive or how he died, or specify why they believe “with a high degree of probability” that he was the assailant.

The number of dead in the shootings Wednesday evening rose to nine, a police statement said.

German news agency dpa reported, citing unnamed security officials, that a written claim of responsibility and a video were found and are being examined by police.

Let’s have a look at his high school year book, as translated by Egri Nök:

One of the nuttiest people of the semester. He’s playing it cool, playing the career guy. Often goes off on rants without meaning and aim. Oscillating between cute and hyper-aggressive. He makes the most absurd comments at the most absurd moments. Jürgen Skiba and Harald Deuster [teachers’ names — translator] just “love” him.

He drives Mrs. Pfleger crazy with his “qualified” contributions to class. Last semester, he was handing out slaps in the face in the schoolyard.

[His full manifesto if you understand German]

The source of our yearbook photo is a classmate of his, who posted it on Facebook.

Terror Night in Hanau: Who is Tobias Rathjen?

It seems that Tobias Rathjen, according to his school yearbook, was already troublesome in high school.

Hanau. He killed ten people and himself in the night between Wednesday and Thursday: Tobias Rathjen. But who is he, and where did he grow up?

The Helmholtzstraße in the district Kesselstadt in Hanau is peaceful. Small terraced houses, close to each other. The neighboring streets have representative bungalows, the postman is riding his bicycle. A woman is walking her little dog on Kantstraße and changes sides, because camera teams and a police cordon block the entrance to Helmholtzstraße. In one of these terraced houses, gardens facing towards Kantstraße, the alleged killer Tobias Rathjen was living with his parents…

There is more, but it has become obvious by now that the whole thing is a set-up. Not that young Mr. Rathjen is a false-flag actor fielded by the intelligence services, but rather that he is a lunatic — paranoid schizophrenic or something similar — who was spotted and perhaps groomed by the intelligence services so that they could have an “extreme right” or “Nazi” mass murderer to justify further crackdowns on the AfD (Alternative für Deutschland, Alternative for Germany).

There’s a strange alchemy at work concerning mental illness in Germany and other Western countries.

If you’re a crazy person who kills a lot of people, and you’re a racist, or don’t like immigration, you are thereby transformed into a NAZI.

But if you’re a Muslim, and you kill a lot of people, you are thereby transformed into a LUNATIC.

27 thoughts on “The Tendentious Alchemy of Lunacy”