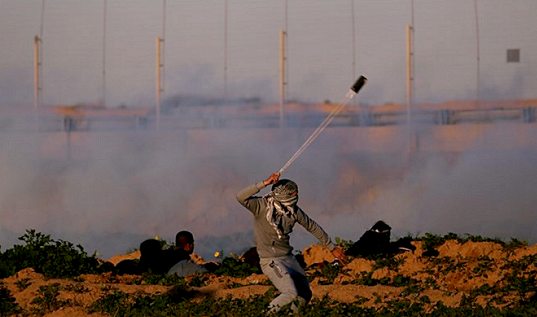 Our Israeli correspondent MC sends the latest news from Sderot:

Although you may be reading in the news about a ‘peace deal’, the reality on the ground is different.

The past three days have seen sporadic shelling and bombing (outgoing), with continued kite and balloon attacks.

Tonight we are hearing artillery and gunfire with aircraft etc.

The area has all the signs of a military campaign in the making. We passed a field full of tanks coming in from Ashkelon today. Given that it is Shabbat, this is serious. Normally things stop at sunset on Friday, but not tonight. Expect some move soon.

It appears that Hamas’ control may not have be as complete as they would have us believe, and that a faction in Gaza is trying to provoke instability.

For those who are interested, here’s the story from Arutz Sheva on the “peace deal”:

Israel and Hamas, with Egyptian mediation, have reached preliminary agreements on restoring calm along the Gaza border, Israeli media reported on Friday.

A source who participated in the a with the Egyptian mediator said, according to Channel 13 News, that the Palestinian Arab factions had agreed to end the nightly demonstrations.

Israel, in return, will ease the restrictions on the fishing area, allow the Qatari money into Gaza and resume the supply of electricity.

The factions have reportedly agreed that the full ceasefire will begin on Saturday, according to Kan 11 News.

Meanwhile, Hamas politburo member Khalil al-Hayya, said, according to Walla! News, that the timetable for the implementation of the understandings with Israel would be set at the beginning of next week.

Earlier on Friday, Hamas leader Ismail Haniyeh hinted that if talks on a ceasefire do not succeed soon, war may break out.

“We are continuing the marathon of talks with Egypt in order to reach serious understandings that Israel will honor,” Haniyeh said. “We are at a crossroads, and the coming hours will decide which direction we’ll take.”

On Thursday night, Egyptian intelligence officials warned Hamas that “any mistakes on your part on Saturday may lead to war with Israel.”

The comments were referring to the planned Land Day protests on Saturday along the Gaza border, for which the IDF is preparing.

On Monday, a rocket hit a home in the Sharon region, injuring seven people. Hamas initially claimed that the rocket was fired by mistake, later changing their story to say that “bad weather” caused the launch.

However, on Tuesday Hamas admitted that the launch had indeed been intentional, and was carried out at Iran’s behest.

26 thoughts on “Update on the War in Gaza”